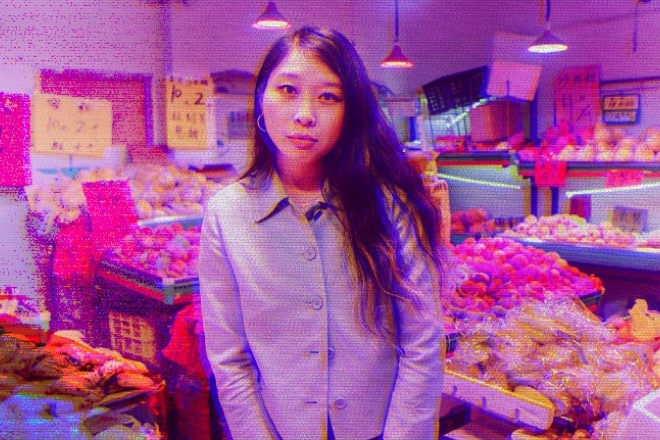 Since Studio Ghibli's feature films hit Netflix and are enjoying somewhat of a resurgence in popular culture, the nostalgia-inducing music from its films has been on the minds of many. Toronto-based DJ and Xi'an-born DJ and producer Ciel, real name Cindy Li, who has been well documented for pushing boundaries in her music, took her love for films like Spirited Away, Ponyo On The Cliff By The Sea and My Neighbor Totoro, and turned it into a 69-minute mix.

Although the Parallel Minds artist wasn't expecting to take on another mix, when Cracked asked her to do a mix of all Studio Ghibli music, she said on Instagram she just couldn't say no. "I did this because Studio Ghibli movies mean a heck ton to me, I've watched every single one of them, and I loved the challenge of making a mix of music from cinema."

It was also her first time using Ableton to make a mix. "I really wanted the listening experience to feel immersive, and Ableton gave me more control over my process of collaging songs, instrumentals, fx, and movie dialogue and background din into this mix. I wanted people to feel like they were essentially 'listening' to a Ghibli movie, with its own distinctive narrative and universe."

She went on to say how grateful she was at the opportunity to do the mix and how much Studio Ghibli films mean to her. "I'm so grateful for the timing of this project bc I made this mix at a time when I really really needed healing and working on it at times felt like therapy. After losing a friend and then immediately going on tour and seeing how my mental health began to suffer right away, focusing my energy on this project during my free days, listening to every single Ghibli soundtrack to pick the best songs for this mix, and finding my mind transported to the Ghibli world where life makes sense, good people are rewarded, humans are kind to living things, and girls are encouraged and celebrated, it became a kind of hideaway from a harsher reality. The world of Ghibli, despite being quite fantastical, is so beautiful in its simplicity in terms of the values and lessons they instill, and ultimately I felt so much catharsis listening back to the finished product. I hope to give the same uplifting feeling to all of you."

Listen to the mix and see the tracklist below:

Ciel also features in 'Home Fitness', a new 19-track compilation that's raising funds for Wuhan, the city in China China hardest hit by the COVID-19 outbreak. While Toronto might be Ciel's adopted home, Wuhan is in fact Ciel's father's hometown. "Wuhan is actually my father's hometown and therefore my hometown, as it's customary in China to "inherit" hometowns through the father side. I've visited countless times in my life to see aunts and uncles and grandparents, all of whom still live in the province. Though I haven't visited or seen any of my family since my Asia tour in 2019." Her contribution to the album is called 'Hope Breaks', listen to it below.