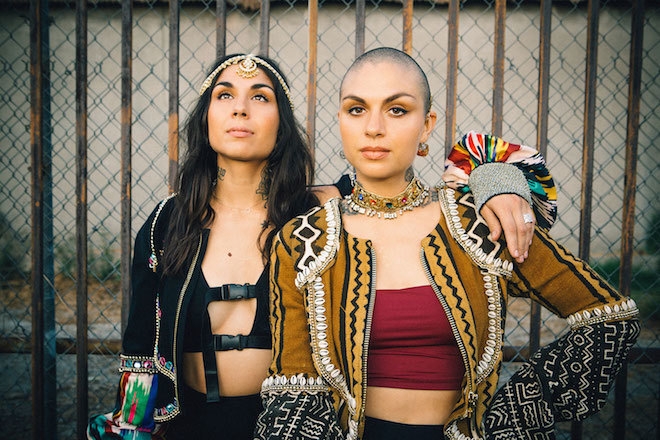 Pakistani-American sister duo Krewella announced that their sophomore album ‘Zer0’ will be released on January 31, 2020, and although it will not be a Part 2 follow-up of their debut album ‘New World Pt.1’, it will be “something bigger and more meaningful”.

Krewella brought the news to their fans by posting an 11 song tracklist, including the feminist anthem ‘Mana’ that was released earlier in August and their latest single ‘Good On You’ with Indian bass king Nucleya that was released on 3 December. Earlier, the duo brought their Pakistani-Indian fusion track ‘Good On You’ to the stage with Nucleya during a performance in Hyderabad, India and scorched the crowd.

In an interview with Billboard, Krewella’s Jahan and Yasmine Yousaf revealed that they intended to make a Part 2 for their debut album, but then went “above and beyond” and ended up with the tracks that made ‘Zer0’. The upcoming album is set to “capture the deeper, more complicated and complex emotional, spiritual and cultural layers” and through this album, they want people to “feel like they’re a part of something really, really big”.

We simply can’t wait to dig into this gem and now we know 2020 will be off to a good start no matter what!

Check out the lyric video of ‘Good On You’ here: