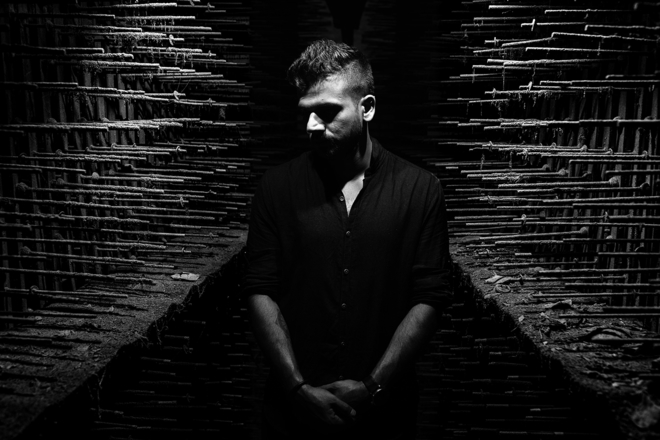 Indian electronic DJ and producer Kohra has just announced his debut album on Qilla Records. The album delivers a densely melodic breakbeat with tracks that run the gamut from mid-tempo and the way through to driving electro. 'akhõ' is due out in July and even before its release, has already garnered support from artists around the world including John Digweed, who played five tracks from the album in his Bunker radio show.

Kohra is an established Indian electronic artist who is driven by a deep exploration of a 17th-century mystic poet from Gujarat India. The poet’s work urges exploration of the path of self-realisation through an understanding that there is one infinite being manifesting in all living entities and the external world. The philosophical concept of ‘the being’ is described as a part of the very fabric of creation that weaves the universe together and rings close to the artists’ belief and foundation in his album. Through storytelling and Indian instrumentals, he seeks to evoke a sense of self-discovery through his music production.

Qilla Records was founded in 2011. The label is known for curating resonant sounds, drumming rhythms and soundscapes for listeners to find themselves or get lost in. The record label approaches listeners with visualisations that describe the entity as “a fort, towering hundreds of feet above the surrounding flat land that stretches as far as the eye can see.”

The written visualisation may be somewhat abstract or too woo woo for some, yet does a good job of setting the tone and expectations of the sonic journey to come. Once pressing play, your mind is transported into an ethereal state of relaxation and calmness. Qilla describes their sound as, “chambers for every mood and every state of mind with sounds that are gentle and fierce, euphoric and dystopian."

India has seen their own electronic scene explode over the past decade due to a cultural landscape rich in musicality, traditions and a range of sounds merged with modern trending genres. India’s music scene, local talent and thriving community have also made the country a top destination for music festivals like Sunburn, Magnetic Fields and Awakenings while also being a one-stop location for international touring shows.

Watch and listen to a teaser of ‘akhõ’ below: