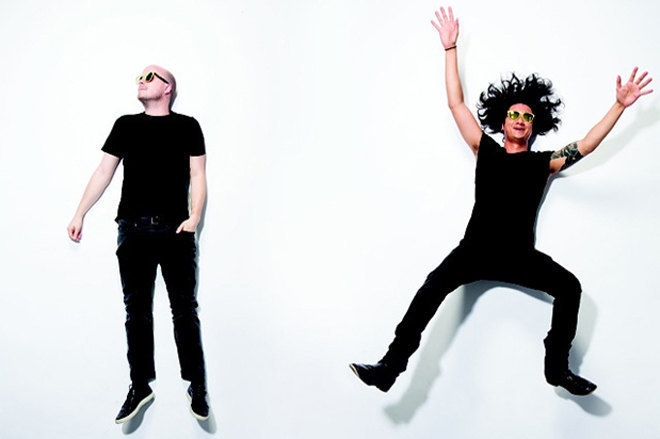 Life is good for small&TALL.

Headquartered in the bustling city of Hong Hong but with a reach into every other important city and scene around the world from Sydney to Lisbon to Black Rock City, David Brabbins and Jason Swamy (who is also a founding member of a Burning Man music collective called Robot Heart) are by no means small, unless you’re talking about them currently being just a team of two, but instead have a rather tall list of acts that they are responsible for bringing to Hong Kong. Where do we even begin? Somewhere around 2011 with M.A.N.D.Y, then adding onto it with Nicolas Jaar, Apparat, Soul Clap, Wolf+Lamb, Art Department, Hercules and Love Affair, Jamie Jones, Damian Lazarus, Guy Gerber, Loco Dice, Apollonia, Tim Sweeney, Simian Mobile Disco, and the list goes on. And on.

But this affinity for underground music doesn’t limit them whatsoever – this year also sees them collaborating on events that bring artists like Gorillaz and Pharcyde to Hong Kong via their other events and entertainment outfit. Small&TALL’s parent company is called Do What You Love (DWYL), a life mantra that the duo is wholeheartedly embracing, which pushes them further into the creative industry not just in music but in other cultural and art scenes throughout Asia and beyond. Doing all things they love, of course.

Mixmag Asia reached out to Hong Kong’s most iconic nightlife brand in honour of their fourth birthday this past March and had them answer twenty questions, talking about anything from afterpartying with Jamie Jones on a junk boat and doing the dishes to the adjectives that will likely replace small and tall in five years. They’ve also graciously put together a mix for Mixmag Asia, which has been on borderline obsessive rotation by our staff since getting it.
“It’s a nice mix of under the radar deep house, analogue acid sounds and a few trippier tracks,” says Brabbins. “Good for listening as well as the dance floor, it pretty much captures the mood of a typical small&TALL party I think. Hope you like it.” 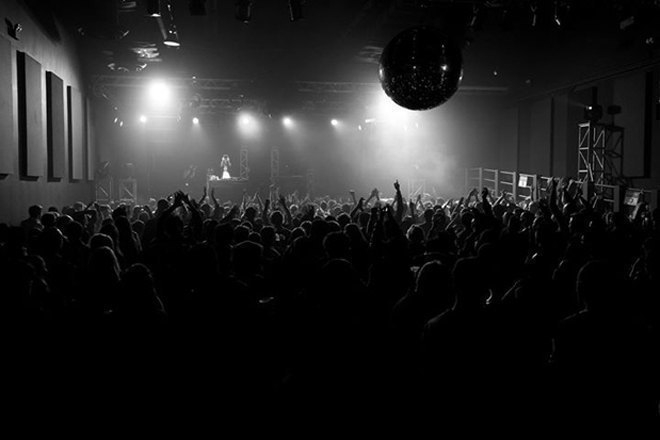 What’s in the name small&TALL?

JS: Well two of the original founders, one was tall and the other was small. But the name has come to reflect our ethos, electronic music for everyone.

What kind of jobs do you have when you are not being small&TALL?

JS: I’m creative director/co-founder at Further Future and Managing Partner at Do What You Love, our experiential entertainment agency. It’s all interrelated and for the love of music.

DB: I am a consultant, advising (big and small!) companies on how to build stronger brands. s&T is great but it is a labour of love really.

JS: Convenience, proximity to other cultures, nature and urbanity and a super diverse food culture.

DB: The fast pace of life, as well as having half the world’s population within a 4 hour flight so there are lots of adventures to be had on our doorstep. 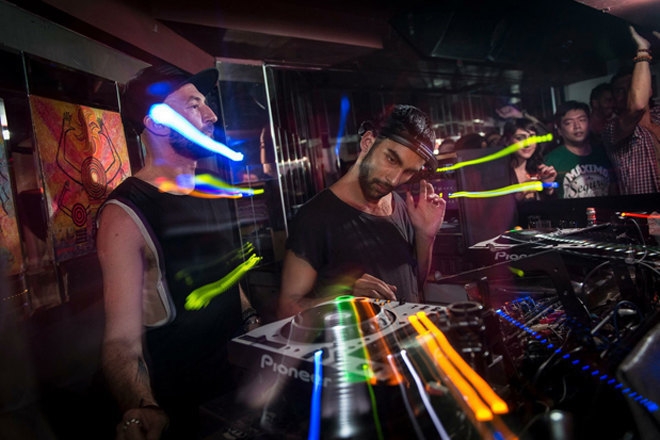 JS: Pollution, plutocracy, high prices and laws that make no sense for quality of life

DB: There’s too much red tape and a lack of innovation, it feels like HK’s operating system comes from a time before computers were invented. Lots of paperwork for everything. Though overall, the vibe of HK is becoming more creative.

What was the most difficult party you’ve ever thrown?

DB: All the ones where the rest of the team were out of town on the day! Jason travels a lot…

What one thing would you change about Hong Kong’s music scene?

JS: More collaboration between competitors and support from government and corporate sponsors. 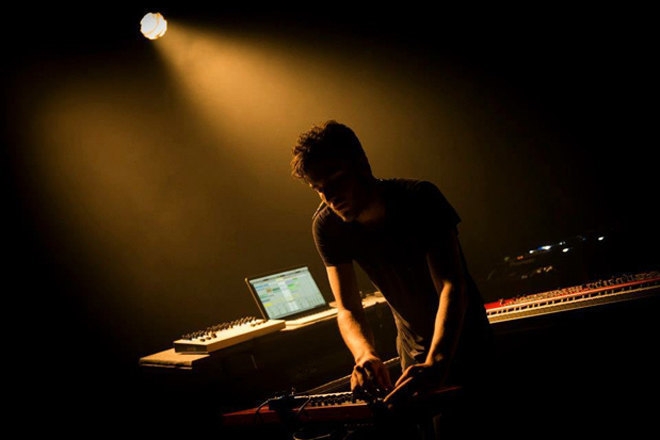 What’s the best place to get a pre-drink in Hong Kong?

JS: Depends what the purpose is, I’m really loving On Lan right now.

DB: Our friend’s new bar Mitte in Sheung Wan is pretty cool, it has a Genelec sound system that sound great but are so clear, you can still have a conversation. That or Club Fox, a very exclusive member’s bar one of our good friends runs…

What’s been the most memorable small&TALL party?

JS: Probably the ones I don’t remember! In all seriousness, must be Jamie Jones or Art Department- both ended up at afterparties on junk boats straight after.

DB: I loved having François K coming out to play for us, he’s one of my all time greats and gave us a history of dance music.

What’s the first thing you do after one your events? 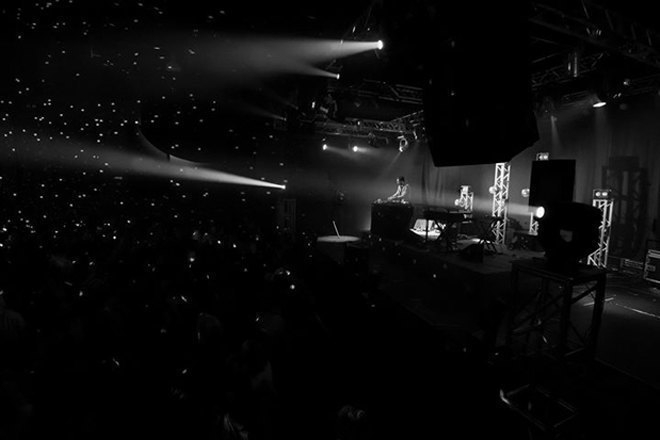 Who is the most underrated person in Hong Kong’s music scene?

DB: We have quite a few good local DJs here now but in terms of international profile, HK feels cruelly overlooked in general.

Would you rather a trendy big club or a massive run down warehouse?

What’s the most ridiculous thing you’ve had to spend money on when throwing a party?

DB: It is too big to fit through the doorway of most of the venues!

If you could bring any DJ in the world to Hong Kong, who would it be?

JS: We’ve bought almost all the ones we want to bring but Ricardo Villalobos would be very interesting.

Which DJ that you’ve hosted surprised you the most?

JS: Subb-an, he was a funny cheeky fucker! 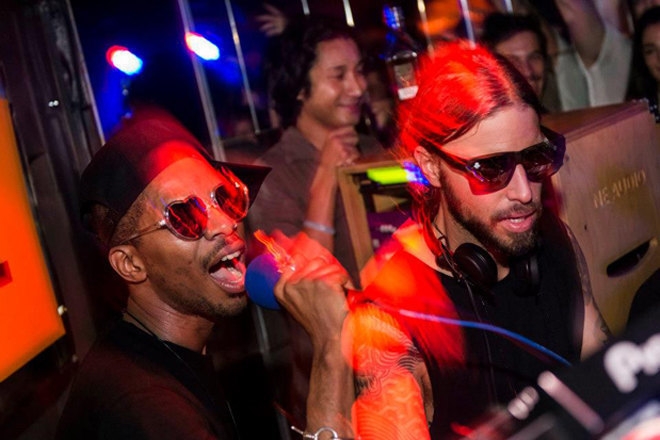 If you had to sacrifice either good music or a good vibe at one of your parties, which would it be?

JS: Yikes! It’s a contradiction for me. For the party’s sake to maintain good vibes, I’d sacrifice good music. There must be some reason people are having good vibes.

DB: I’d sacrifice many things to protect the music quality!

I wish we didn’t have to…

JS: Do my bills or my dishes

DB: Handle all the endless admin and paperwork that comes with putting on events

What’s the most difficult thing you’ve had to come up with on a rider?

JS: Cakes, a man-sized bottle of Grey Goose filled with water, a rubber dinghy and an air pump, don’t ask- it WASN’T for a small&Tall party!

DB: The funniest rider I saw recently had a long list of things that should NOT be allowed anywhere near the artist. I think the person in question was on a health kick…

One thing you wish your average clubber would understand better?

DB: That it’s about shared experiences, not filming it on your smartphone.

In five years, small&TALL will be… 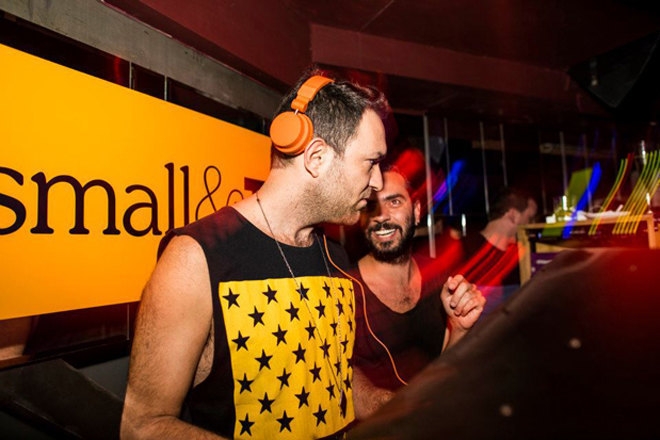 Stay in touch and find out about small&TALL events below: