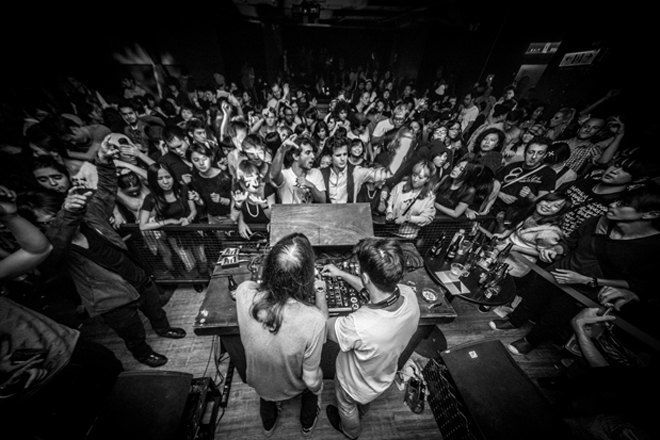 DJs, promoters, a booking agency, corporate and club events, sound design, providing artistic direction, and a record label – there is little that the three members of Cliché Records aren’t doing. In the last three years, the small group has risen to purvey the scene not just in Hong Kong but across Asia with their non-conformist approach to promoting.

What was the inspiration behind the creation of Cliché Records?

It started as a simple meeting for music junkies who were living in Hong Kong, Taiwan and Mainland China and wanted to do something to improve the music scene in our respective cities. We were not always happy about the events being organised so we decided to do our own by organising tours. In parallel, we’ve built a solid network of Asia based DJs with whom we share a common vision on music matters and helped to efficiently organise these tours from day one. Once the project got traction, the team gradually relocated itself to Hong Kong in order to centralise the business there but the idea of organising Asian tours is still alive and kicking, but on another scale.

What are all the responsibilities and different roles of Cliché Records?

The team is also supported by interns and part­time help such as Henri and Julie, who are helping us with our daily tasks, dealing with local media and more importantly giving us fresh ideas to help the company develop in cool ways. 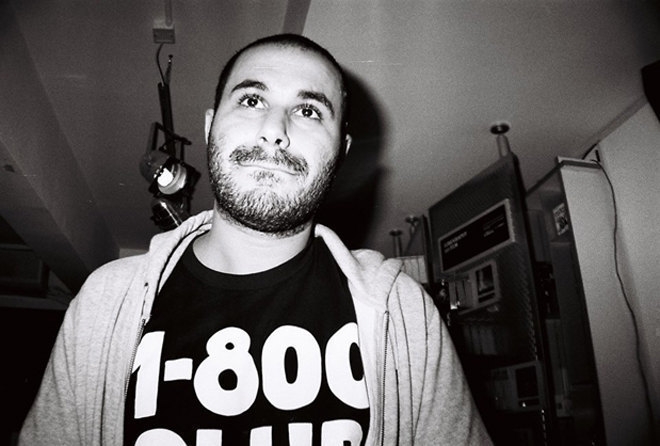 How has Cliché Records expanded since the beginning?

As the name suggests, Cliché Records was created with the idea of a label in mind, but we quickly realised that we lacked the experience and especially the network to do something worthy enough. We then started as promoters, inviting artists who were in vogue back then but that were never booked in Hong Kong, such as The Magician, Classixx, Bicep, Drop Out Orchestra, Justin Faust, etc., which helped us build a community around us and that started following and evolving with us ever since.

Our collaborations with these artists have always been beyond business and most of them have become personal friends while working with them to build their Asian presence and that’s how Cliché Records’ business gradually switched from promoting to a booking agency. As our network expanded, we started working with more and more local businesses (hotels, bars, clubs, etc.), which were in need of quality music related services. For them we’ve built a roster of 22 DJs located around Asia that we dispatch according our clients’ requirements.

Finally, Cliché Records has gone back to its core roots and begun editing three different vinyl labels, each of them built with a different vision and for a different audience. It turned out to be quite successful as all the releases have sold out in less than two weeks and there are more than 250 000 plays on Soundcloud.

What does you look for in the kinds of DJs you book and tour?

It’s all kind of a love story. We have these tracks that we play continuously for months and get incredible results on the dance floor. When this happens, we’re practically sure we have the right guy to book and so far we haven’t made any mistakes. All our protégés have become quite known during the past two years and they’ve greatly helped us get known among the artists / businesses community back in Europe.

How do you overcome the challenges faced with booking DJs for their musical style instead of a big name?

Ouissam: It’s always more exciting to book smaller or lesser known acts rather than a big name. They are more passionate about what they are doing and ready to give everything on stage because it’s a new city, new club and a new audience for them. I believe that going to a club without knowing the DJ is always good as the public is often more impressed by the DJs skills and selections.

Jean­Francois: Ouissam is right but in my opinion the term big name can be quite subjective. People have to understand that we mostly work on events with an audience of 200 to 500 people but our audience is often from Europe or is educated on Europe and North America. The international acts we are inviting may not have 200 000 likes on Facebook but they still have a significant amount of followers around the world and can be considered as big name within the genre they are playing in. It also really helps to generate a word of mouth when they are in town.

Also, we benefit a lot from our own followers who trust us. Even if they don’t know the artists, they know our selection and they come anyway.

Samy: Convincing a promoter is never an easy task as it involves a lot of elements, money, promotion, and reputation but it’s maybe the most exciting part of our job. Sometimes it’s a gamble because no one knows the artist but when you ask for feedback and you hear that everyone had a blast and people have started following the artist, I feel a kind of accomplishment like we did something special for the scene. It’s always good to be a precursor and make people discover something new. I mean there is no point in doing easy bookings if you want to build the music scene, which is relatively new in the places we work. 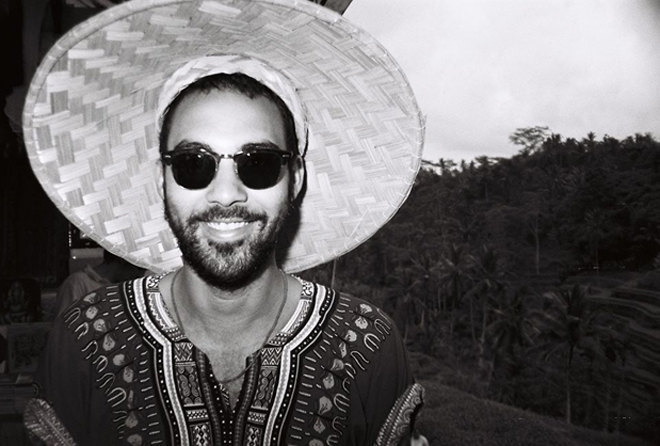 What are your influences and inspirations when it comes to the artistic approach you apply to your many endeavors?

We have never discussed or tried to identify that. Actually, we’ve almost never had any meetings to discuss our future or the direction we want to go in, it’s been a natural process. We want to work with fine musicians and fine partners. We want to be considered professional and tasteful people when it comes to music. About the label it’s quite tricky because we do have a few labels that inspired us a lot such as My Love is Underground, Voyage, Wolf Music, and Razor­n­Tapes but we are very careful at creating our own musical identity and not copying what has been done elsewhere.

Samy:  In terms of artistic approach we are not always sure where we are going but we are going there all together! Everyone has his own perspective and in the end that’s what builds our guideline. I mean we talk and see each other every single day, that’s our strength but we just want the best for Cliché.

What makes Hong Kong the perfect city for Cliché Records to operate out of?

Hong Kong is a hub and it embeds an endless kind of energy into this city that never sleeps and it inspires us (one of our labels is called Fragrant Harbour). People come and go but they are always ready to spend money on known or unknown international acts, not only to show off but for the artistic act itself, which is great.

This aside, each of us has a particular story with the city, a childhood dream, memories, university life, etc. They are not well known but Hong Kong also has great beaches, only 20 minutes far from our office via metro and/or buses and it makes a big difference.

What kinds of challenges do you face working with foreign audiences?

Samy:It’s more a challenge depending the customer (hotel, clubs, restaurants, corporate, private) and the working approach will also be different, as we have to respect different kinds of working policies. Working with a foreign audience is not a big deal actually – it’s even more enriching personally and culturally speaking. 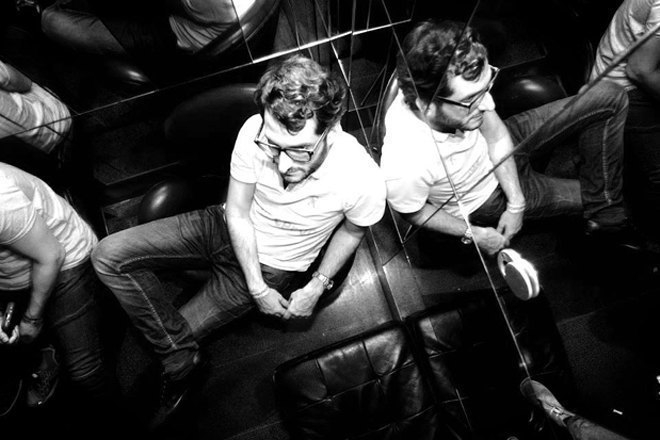 How do you hope Cliché Records can grow in the future?

Right now we are working energetically on expanding our business and network in even more cities / venues around Asia. In 2014, quite a few important international artists have joined the Cliché Records roster and it’s crucial that we have enough venues we can work with and knowing that not all of them are interested in the same kind of artists / music. We are also investing lots of time and money into our three different labels, they are great tools for us in order to get better known and respected as professionals around the world. It’s like a virtuous circle.

We are also working on opening a few clubs in two or three cities in Asia. It’s another very important milestone for us as we would be able to promote our international and local artists in a much more efficient way.

Jean-­Francois and Ouissam’s working schedules are more on a weekly basis than a daily one. Ouissam is busy with expanding the business around Asia and the club projects and he’s always flying here and there to meet potential partners and also planning upcoming tours with Samy. He also spending a great deal of his time dealing with local and international artists.

Jean­-Francois is busy mostly with the label logistic, which means dealing with the artists, the digital as well as vinyl distributors, royalty collection organisations in various countries, the mastering engineers, designers, pressing plants, air/ground shipping companies, the media and so on. Monday’s are mostly dedicated for administrative tasks such as accounting, contracts, etc.

Samy’s working schedule is less flexible than Ouissam and Jean francois’ as he has to routinely manage the business. We are all receiving tons of emails so his job is to prioritize what is important and see how we are all going to organize our schedules. The Hong Kong business and all the booking are taking lot of energy and he has to be super reactive, no matter what day and time. There are often issues with flights, visa schedules and equipment, so he’s doing a great job at making the whole process smooth for everyone. Always being busy with emails, traveling, meetings, working on the next tour, and managing the Hong Kong based roster.

He also spends a lot of time chasing Jean­Francois when he doesn’t answer his emails (even if we are working in the same office) but we are now all used to his Mediterranean way of life, which is quite strange when you live in Hong Kong when you think about it.

Last but not least, the whole team is primarily a team of DJs and music junkies. We all have one or more residencies on the weekend and it’s absolutely crucial for us to be on top of our game. We spend a minimum of two to four hours a day digging, buying and sorting tracks and exchanging our latest finding / vinyl purchases.