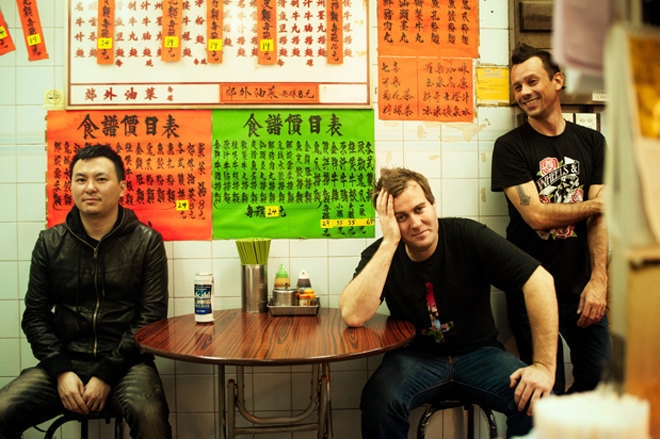 The story of Hong Kong’s burgeoning underground music scene begins sometime around six years ago when three DJs with one want, need and idea got together and created Push, a platform for Frankie Lam, AKW and Lukas to introduce international house and techno to Hong Kong.

Hong Kong hardly lacks promoters making great strides in further developing its underground music scene, but Push is highly regarded as the city’s techno bedrock as far as creating an intimate relationship between it and the techno culture that thrives today in European cities like Berlin. Their bookings are evidence of their close relationship with iconic Berlin clubs like Berghain and Watergate. Dixon, Ben Klock, Ame, M.A.N.D.Y, Dave Clarke, Boris (Berghain), Paul Woolford, Ken Ishii, Technasia, Carl Craig, Ben UFO, Marcel Fengler, Recondite, Josh Wink and Gregor Tresher are just a few of the names the outfit have invited to Hong Kong over the years.

Push’s standout quality is that they have an underground philosophy in a city that is commercially driven and how they’ve made it work for them. Being one of the most expensive cities in Asia, it’s lacking the infrastructure upon which Europe’s scene was built – cavernous techno temples with a minimalist vibe. Instead it’s rife with plush nightclubs that sit atop skyscrapers and so they brought techno above ground and into the bright neon lights of bustling neighborhoods like Lan Kwai Fong. And with their residencies at Hong Kong’s poshest nightclubs, they have also managed to push an often inaccessible sound to people they might have not otherwise reached and thus created a classy culture out of a underground sound. 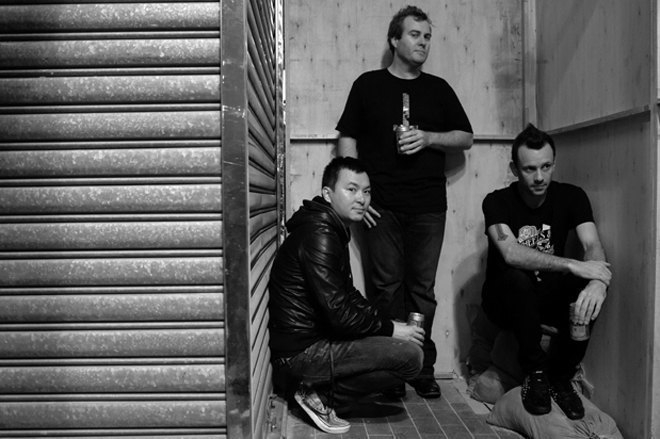 In honor of Push’s sixth anniversary this upcoming Friday, we sent over twenty questions to get to know them a little bit better and they broke down Hong Kong in twenty answers. They also sent us their set from Clockenflap this past weekend, in case you missed it.

“This a live set featuring all three of us recorded at Clockenflap 2015 on November 28. I think it was the fourth or fifth time we’ve played at the festival and it’s always one of the highlights of the year for us – it’s amazing how everyone comes together to make this huge, crazy beast actually work. We played late in the afternoon so didn’t want to play too heavy, but were able to showcase the slightly deeper aspects of our sound, with some banging moments too of course. It reflects quite well our different sounds and mixing styles, and I hope it also reflects what a total blast we were having on stage that day!”

But the best part about a having an anniversary is the excuse for party, and as such they invited Berghain resident Marcel Fengler to help them celebrate. 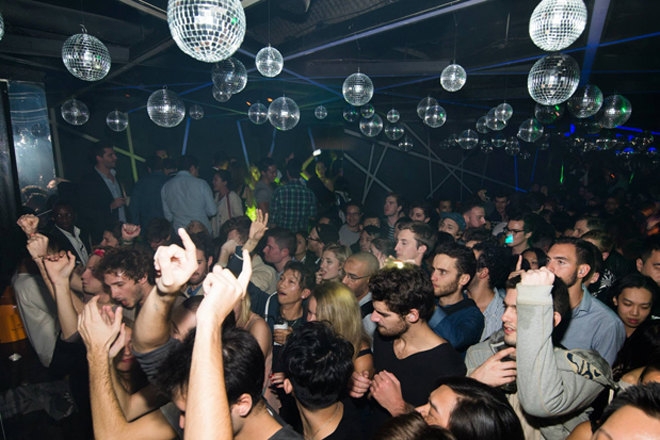 How does PUSH stand out from all the other promoters in Hong Kong?

AKW: It’s safe to say that PUSH nights are usually the heaviest in town. Plus we tend to drink a lot more than the others.

AKW: The amazing, passionate, creative people, for sure.

Frankie Lam: The crowd – it’s really like one big family.

AKW: The guest list culture. Even when it works out cheaper to buy advance tickets and get free drinks thrown in, people still want that guest list!

Lukas: The limited venue options when you want to do an event for over 100 people and the lack of available outdoor spaces.

Take us on a night through Hong Kong, all the way from dinner, drinks to after-party?

Lukas: It really depends who the guest is. Normally we start with dinner at Lily & Bloom where AKW will split the 1KG steak with our guest. Depending on how many bottles of wine get consumed at dinner, it’s either directly to the club to hang out before the guest starts or back to the hotel to chill for a bit. We rotate the early doors and warm-up slots between the three of us so one of us heads to kick things off and the others will take care of our guest or guests. The guest slot always kicks off around 1.30 or 2am and almost always they play until close. Long gone are the days when we would kick on as there’s just nowhere suitable to go for a late drink these days. Unless we are with Pan-Pot or Ralf Kollmann from Mobilee, then somehow we always find a place to kick on. There are of course some infamous stories that we can’t repeat – but they won’t be forgotten.

What’s been the most memorable PUSH party?

AKW: Probably Dixon. Almost 18 months later people are still talking about it. He had to cancel his first date with us due to illness, so when he finally made it a few months later he must have felt he had something to make up for. He gave us a six-hour set that showed why he’s one of the greats.

Frankie Lam: For me, it was our first Summer Daybreak event in 2010. I never though that we or anyone else could organise a successful outdoor techno party in Mong Kok, right in the centre of Kowloon. It was crazy partying with more than 1,000 people right in the middle  of town

If you could bring any DJ in the world, who would it be?

AKW: We’ve been fortunate enough already to have worked with so many of our DJ heroes, like Dave Clarke, Ben Klock, Roman Fluegel and Carl Craig. I’ve always wanted to bring Jeff Mills. We’ve been close to getting him over before – I’m sure we will make it happen.

What’s the most ridiculous thing you’ve ever spent money on when throwing a party?

AKW: Well they’re not ridiculous at all, but massive LED screens don’t come cheap. They look dope though!

Lukas: We don’t tend to book the kind of artists who would be likely to ask for anything ridiculous – unless it’s the UK tech house DJ mentioned below.

What DJ have you hosted that surprised you the most?

AKW: The Hessle Audio crew blew our minds. We had high expectations for the event but their unbelievable chemistry and genius track selection left the place stunned.

Lukas: Âme. We expected Kristian to play quite deep, but it built and built into an amazing techno set. He is also one of the nicest DJs on the planet – it was a very special experience.

What’s the most difficult party you’ve ever thrown?

AKW: a certain British tech-house DJ and his manager drove us crazy with diva behaviour and unreasonable demands such as a five-star suite for an entire week. We’ll never work with him again.

Frankie Lam: a very famous big-headed Canadian DJ was angry with everything for no reason from the moment he landed in Hong Kong until the last second. A pain in the ass.

If you had to sacrifice good music or good vibe at one of your parties, which would it be?

Lukas: Neither. We just wouldn’t put ourselves in that situation 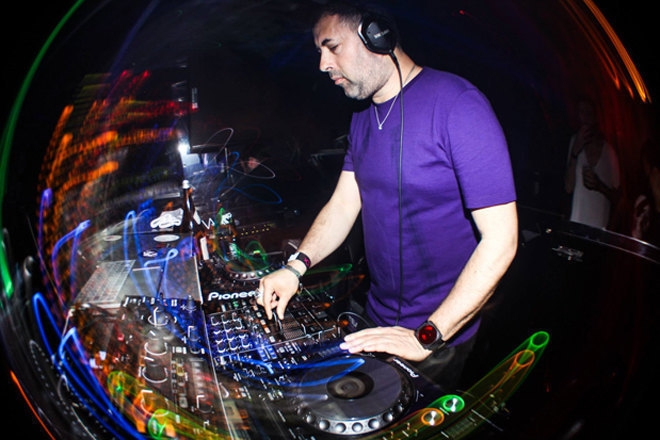 Fancy club or stripped down warehouse?

AKW: a warehouse. Just wish we were able to use them in Hong Kong.

Lukas: stop playing at 6am

AKW: have to work second jobs

What’s the most difficult thing you’ve ever had to come up with on a rider?

AKW: nothing too difficult, just quirky stuff. Recondite wanted a Hong Kong postcard which we had to find at the last minute. And Robag Whrume wanted a “small gift from the city”, which was random and confusing.

One thing you wish your average clubber would understand better?

Lukas: just how much work is involved in putting on a quality event in Hong Kong. We love our city, but sometimes it’s really tough to give people everything they expect.

AKW: the reason why we sometimes work with venues that aren’t considered “underground”. The costs of bringing a lot of our guests simply couldn’t be covered if we held the event in a little basement club that holds like 50 people.

What needs to happen in Hong Kong to see the techno and underground scene grow into something like you’d find in Europe? Does Asia have that potential at all?

AKW: most European cities with healthy scenes are also home to a lot of producers, so I think more Hong Kong DJs need to get into production. Some great labels like Disuye and Typhoon 8 Records have popped up, and if more people followed their lead, this would really stimulate the scene and put us on the map. We have a lot of small venues, but the main thing holding back the scene is a lack of decently sized clubs – a 500-capacity venue dedicated to underground music would change everything!

What one song best represents six years of PUSH and your parties?

Who is Hong Kong’s most underrated DJ?

Lukas: Darko Li. I’ve had the pleasure to play alongside and also back to back with him quite a few times – the guys plays real quality techno.

AKW: Anthony2.  A super talented DJ but also very humble. He should be a superstar

What’s the dirtiest job that comes with throwing parties?

Lukas: Making sure that someone is always at the booth when the guest is playing. 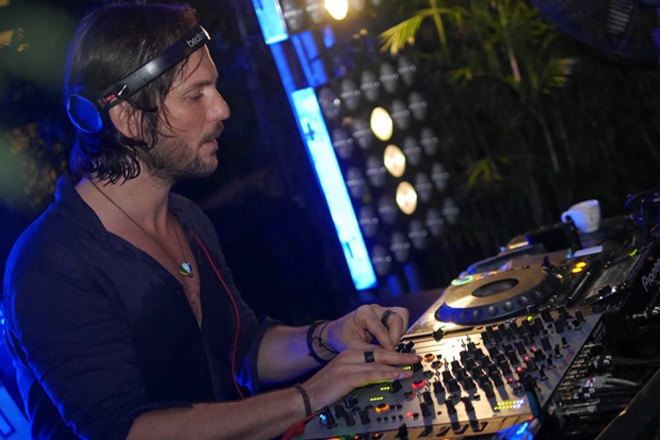 In six years, what’s the biggest risk you’ve ever taken?

AKW: Probably bringing in challenging events like the Redshape live show and super-heavy guys like Boris and Marcel Fengler from Berghain. We weren’t sure Hong Kong was ready, but seems it was!

What’s PUSH’s most outrageous but totally reachable goal for 2016?

AKW:  And in Hong Kong we will try to mix it up a bit, such as by doing more boat parties and a beach party or two. And of course we have some huge guests coming in during 2016 – it should be an epic year!