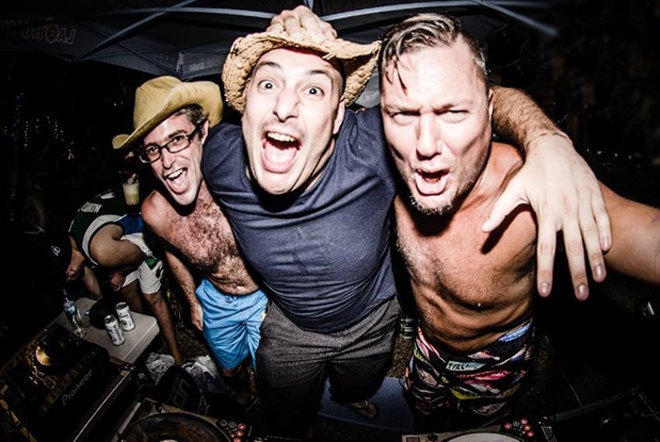 Frog in a Sock have all collectively contributed this interview.

Frog in a Sock – the undisputed most raucous movers and shakers of the Taipei party scene for the last decade.

For nine years, three expats have been throwing parties, more like ragers, in Taiwan of epic proportions. Their secret? They’ve entirely scrapped the traditional format for promoting parties that has bored the world for the last few years and come up with their own unique structure that can sometimes be a huge test of their wills, but when 1,600 people show up to one of their pool parties the only thing anyone is left questioning is their alcohol tolerance.

From nine seasons strong of poolside shenanigans, six years of Halloween parties dubbed Resurrection (they’re expecting 2,000 people this year) where costumes and creativity easily rival the west, one offs that see anyone from Major Lazer to Sammy Bananas and Miguel Migs step into the DJ booth, to legendary New Year’s Eve parties that were once thrown so last minute that now they’ve made a thing of it and the series is even called The Last Minute New Year’s Eve Parties. While somewhat anticipated, they’re on and off (there have been five in the last nine years) and you’ll never know if they’re going to happen until, well, the last minute – but absolutely worth holding off on making other plans.

The unlikely union of Marcus, Gus and Matt, the three members of Frog in the Sock who are all about as different as hip-hop and techno, and their extraordinary ability to continuously come up with ideas that draw crowds well into the thousands in Asia is quite mind-blowing actually, so here we attempt to unravel how Frog in a Sock have managed to throw nine years worth of wild and wacky parties that have come to define Taiwan’s summers, its major holidays and more.

Don’t go into business with your best friends: “When people ask me why Frog in a Sock works so well, I tell them the reason is that Matt, Gus and I are not that good of friends. This is by no means a dis, instead it is the truth. We all respect each others’ opinions and try to do what’s best for frog, but we don’t hold back. If Matt thinks something is wrong, we fix it. If Gus feels very strong about a certain thing, we don’t do it. Having three people on the team is good because usually two people can get the third to agree with what they want. But we all have supreme veto power. If two people think one way, and the third thinks it’s insane and won’t work, they can call veto. The best part is that even though we have this, none of us have had to use it, because we usually figure it out and agree on things.”

Don’t throw weekly club nights because nobody wants to do the same thing every week:“Frog in a Sock has been going strong for nine years because we have never decided to do a weekly club night. We’ve focused on what we are good at, which are pool parties and Halloween parties, and done that to the best of our abilities. We stay fresh because we are always looking for the latest local talent as well as have a crew of dedicated young PR people.”

Instead of overpaying international talent, overpay your local talent instead: “To be honest, if we could afford to book Diplo and Major Lazer every week for a pool party, we would. The truth of the matter is that big name DJs blow a hole through the budget, so we are rather pleased to overpay local DJs to push hard and get their friends to come to our parties. We feel that the local scene in Taiwan is amazing so having the best people play for us really works in our favor.”

Don’t commit to any one club or boss, stay independent and make your own rules. Or don’t have any rules at all: “The best part of being a totally independent promoter is that we can do anything. There are some ice-skating parties coming up, which will blow people’s minds, as well as MAYBE something for New Year’s Eve.”

Don’t bore people to death by playing eight hours of minimal techno, run the gamut instead: “When I think of the people that come to our events, I think that there are hip-hop aficionados, house heads, and other people that like certain types of music. If we have a hodgepodge of music, that satisfies everyone and no one gets bored with it. I feel like I want to hear different music every hour, so that’s what we do.”

Come up with a highly original name that no one understands but is so unique that no one forgets either: “ When something is going off like a frog in a sock, it is really rocking. This is Australian slang for turning up or going crazy. We thought it would be a good name for a company that tries to do all those things.”

Take giant risks and even if there is rain, party on: “We opened a pool party one year where there was a tropical storm expecting no one would show up in such crazy weather and sent home all our staff besides two. Then 1,200 people showed up and wanted to party. That was a busy day for the three of us and only two staff. Sorry to anyone who had to wait a little longer for a drink.”

And the video below is exactly why you should immediately start planning your trip to Taipei next summer:

The guys at Frog in a Sock got together, got drunk and reminisced about the 10 wildest moments they’ve experienced in their near decade run. Were you there for any of these epic moments?

10. EVERY TIME THAT EVERY GIRL MADE HAVANA POOL PARTIES SUPER SEXY

Let’s be real, this is what really made the pool parties epic. So many beautiful girls, so many bikinis, so many butts, and so much sexiness. Thank you ladies! 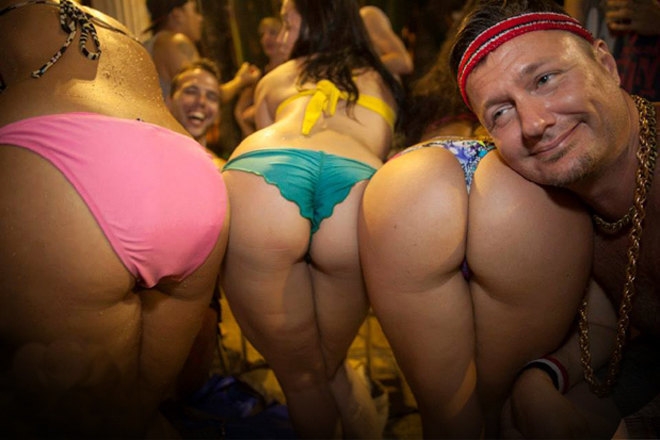 “There is just something about tequila that makes people’s faces squish and squash in all different directions. Johan Vosloo came up with the brilliant idea of photographing those faces and we knew we had to get it to the pool.” 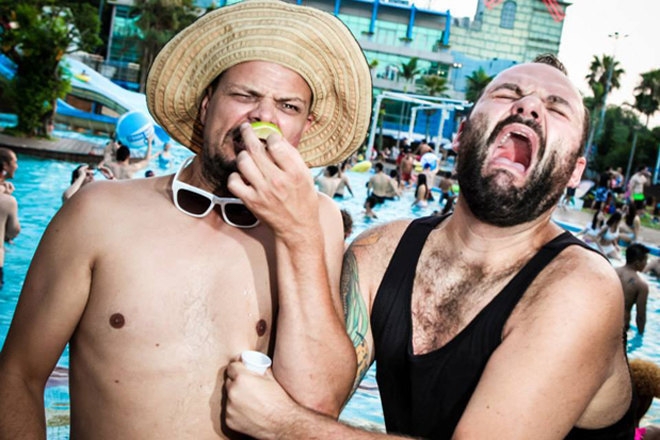 8. THAT ONE YEAR THESE GUYS KILLED IT WITH THEIR HALLOWEEN COSTUMES

“Party goers in Taiwan take Halloween very seriously, so it’s hard to choose the best of the best when you have costumes like Taipei 101, the Annabelle twins, Angry Chinese Wife, and Zombie Sailor Moon. Two years ago, two guys came as hand-made human-sized purses that totally blew me away.” 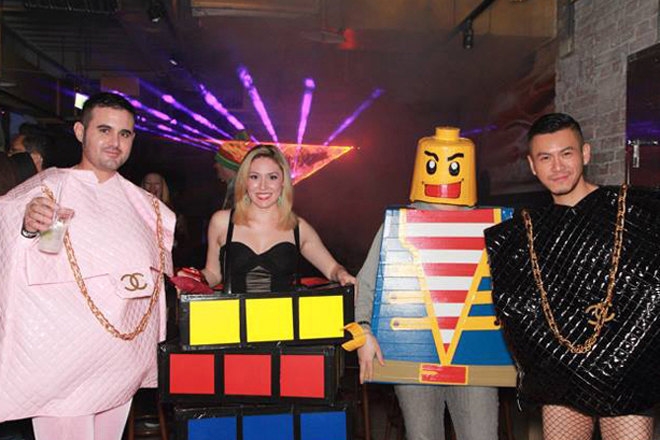 After nine pool party seasons, almost as many venue changes and a few nightmares like the time the Taipei Country Club drained the pool and also the time a summer’s worth of equipment up had to be carried up six flights of stairs, 2015 rewarded the effort and became the most epic year yet with a killer water park venue, a whopping 15 pool parties and a record breaking 1,600 people showing up for the grand opening. 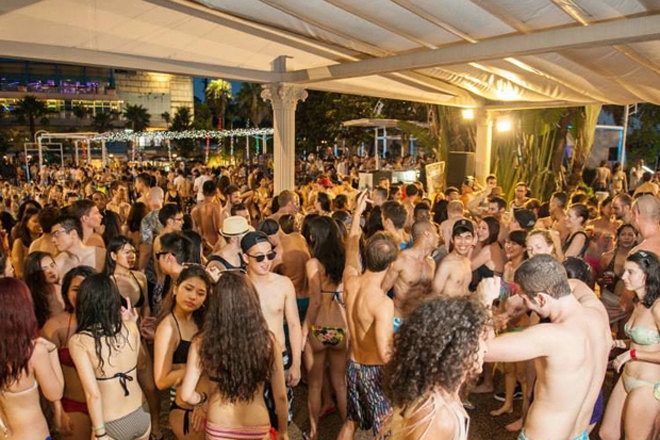 6. THE TIME THERE WAS ZUMBA AND CAPOEIRA AT THE POOL

“Zumba is the hottest thing in Taipei since Jane Fonda did Jazzercise, and the Capoeira crew loves to come to beat their drums and entertain the crowd.” 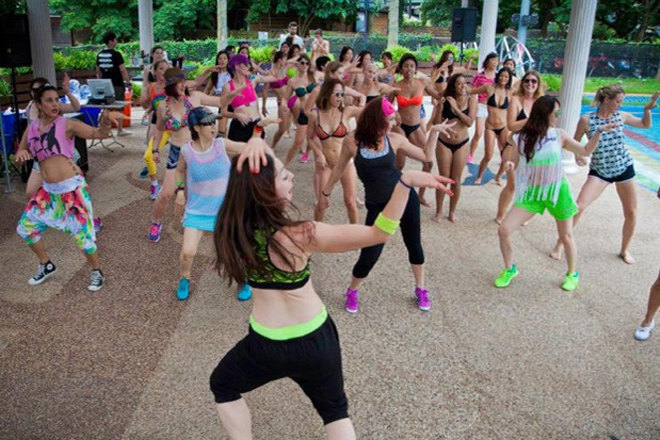 5. THE TIME THE ORIGINAL BATCYCLE WAS SUSPENDED ABOVE A NYE BASH

“At a NYE bash at a venue owned by Mando-pop superstar Jay Chou (周杰倫), we had to hire security to make sure no one got on, touched, or rode the Batcycle that was used in The Dark Knight that is displayed in the middle of the venue.” 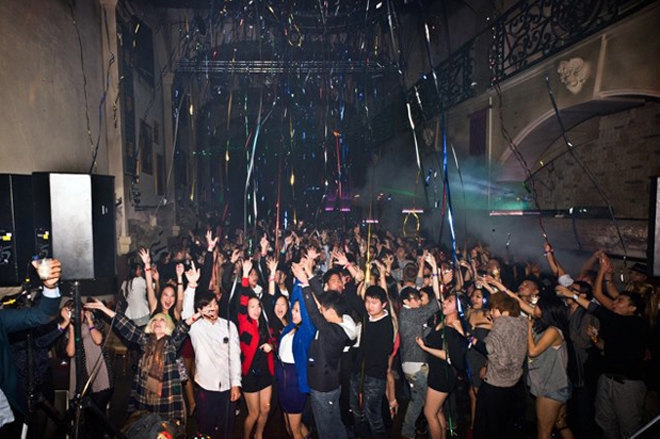 4. THE TIME ALL THE RULES WERE BROKEN AND PEOPLE SURFED THE WATERSLIDES

“One of the things that make Havana pool parties so fun is that there are no real rules. If you want to surf down the waterslides and smash your face, that’s perfectly acceptable.” 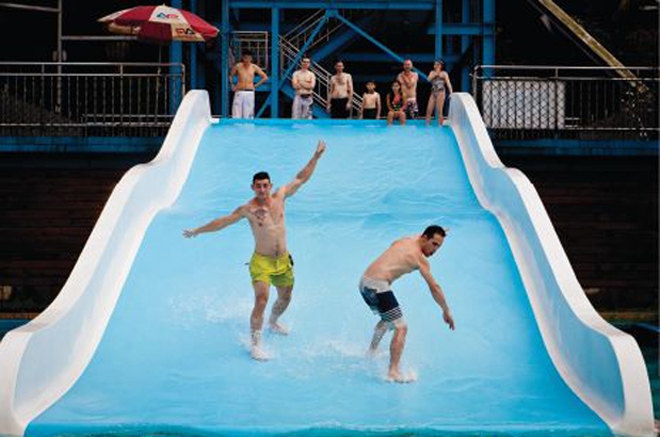 “At the Country Club, we decided to do a battle royal chicken fight. 20 ladies were on the shoulders of 20 guys and they had to fight to be the last one standing. It was brutal and vicious and we had to change the rules because some ladies were so crazy. Overall, it was amazing that we did it and no one got hurt.” 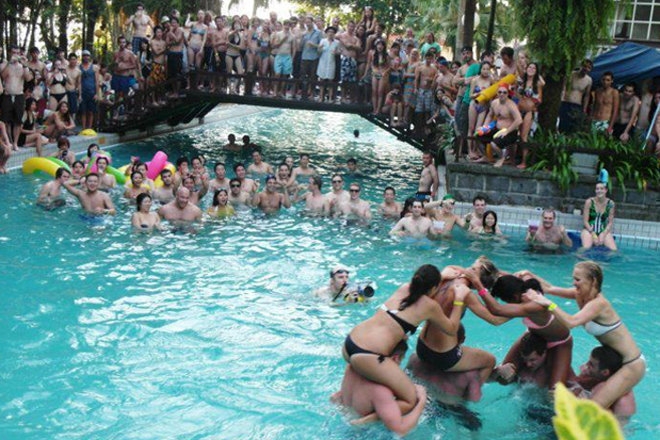 “Big Gay Jon aka Bear Brad Pitt is a local legend. As soon as the music starts, he starts bouncing through the air and sliding on the floor like it’s no one’s business. So of course we had to give him an annual slot at the Halloween parties to do interpretive dancing. One year dressed as a French maid, Jon did his own version of a Pattaya ping pong ball show and still no one really knows where those balls were coming from.” 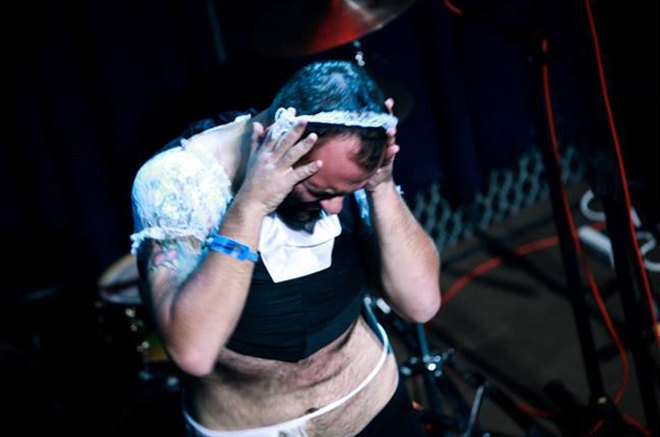 1. THE TIME THE WORLD'S FIRST DAD BOD PAGEANT WAS HELD

“It had to be done. The world’s first ever dad bod competition was held this past Fourth of July and to be honest, it wasn’t really a contest. As soon as Donovan Ponder ripped off his tear away pants, the crowd went wild and he won by a landslide.” 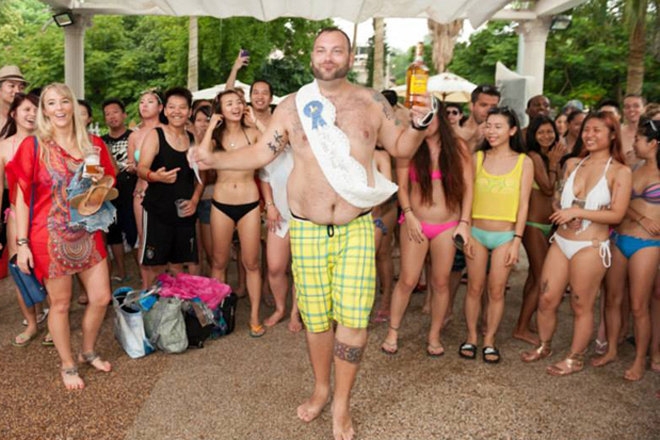