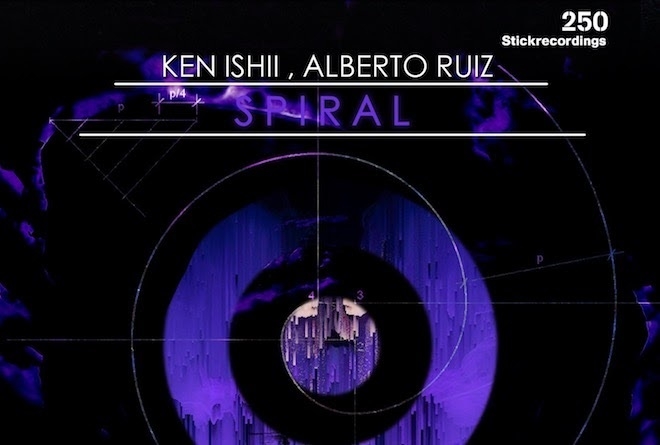 Ken Ishii has been, and undoubtedly still is, a Japanese producer at the forefront of techno in all its forms. He was just assigned to remix and reproduce the PAC-MAN’s theme song for the arcade game character’s 40th anniversary, while also working on a heavy techno EP with Alberto Ruiz from Spain.

The new collaboration from Ruiz and Ishii comes in the form of a three-track EP titled ‘Spiral’, and was released two days ago on ‘Stick Records’. Over the last decade, Ruiz has been hitting anywhere from the top 50 to top 10 in techno charts around the world, garnering support for his productions from the likes of Dubfire, Ritchie Hawtin, Marco Carola and Adam Beyer.

The new EP with Ken Ishii is a fierce and energetic release, with the title track leading the EP. ‘Lower’ comes in second as a steady ride driven by synth-stabs and subtly masked vocal samples. ‘Upper’ rounds off the EP with a dubbier play for the mid to late hours of the night.

Ken Ishii, Alberto Ruiz ‘Spiral’ is out now on Stick Recordings and you can listen to it below.