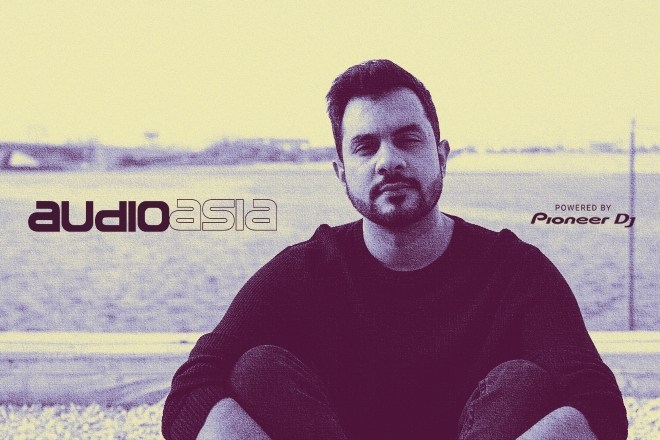 Brand-new project Jugaar Records displays all of its underground intent with an impressive debut release. The label comes as a collaboration between Pakistan dance pioneer, Rudoh, alongside event promoter, Sameer Arshad. Their goal is a straight-forward one, to present the highest quality electronic music gems mined from right across the Asia region. Rudoh has a reputation as a key player in his country's emerging music scene, having already produced a handful of well-received releases as well as founding Pakistan's first electronic music label, Forever South. Arshad has spent the past few years steadily growing a reputation as a promoter with his finger on the pulse, having showcased the cream of the pan-Asian underground via his Bangkok-based Soundistan event series.

Jugaar's first release comes from co-founder Rudoh himself. The 'Vinland In Space' EP presents five electro-tinged tracks which are “primed equally for the dance-floor and headphones”, which is probably a sensible strategy in the barren dance landscape we're all currently waiting out. The well-produced music is endowed with futurist sensibilities, while respectfully drawing on classic dance aesthetics. From the hyped-up breaks of 'Van Turbo' – which comes complete with s stripped rework from Melbourne's fast-rising Shedbug – to the pitched-down rave atmospherics of 'All Is Holy', there's plenty to enjoy on the record. When it came to choosing a pick to play here, we were sorely tempted to opt for the blissfully emotive 'I Feel You', with its steady drums and ultra-infectious synth hook, but in the end, we opted for the raw energy of opener, 'Djemo'. Warm pads and synth arps cascade over a lively tempo as vocal effects and sweeps evolve and swirl, with all of the rich sonic layers kept in check by a delicious electro rhythm.

This is a seriously solid starting-point from the Jugaar team, and enough to convince us that this a label well worth keeping a close eye on.

Rudoh 'Vinland In Space' EP is out February 26, you can listen and pre-order here