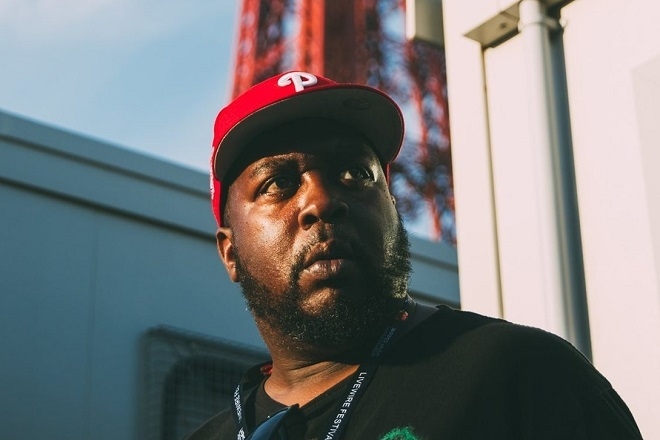 Tokyo-based label Eureka! are best known for purveying an authentic deep house-rooted sound stamp. For their latest release, the forward-thinking imprint have opted to veer from their four-to-the-floor furrow, presenting a soul-soothing release from Japanese rapper/singer COMA-CHI alongside a typically refined set of remixes from UK artist, Kaidi Tatham.

The single 'Water' was plucked from COMA-CHI's 2018 album 'Jomon Green', and here the label present the original version along with three interpretations from Kaidi Tatham. The music is a spell-binding blend of neo-soul, jazzy hip hop, and trip hop elegance, presenting something of a departure for the house-centric label, who've previously released work from Crackazat, Lay-Farr, Trinidadian Deep among others.

Tatham is a genuine musical innovator. Emerging in the late '90s as a core member of the Bugz In Da Attic collective, Tatham and his bandmates instantly made waves in the discerning end of the dance community. Their fresh, broken beat textures resonated with the likes of Gilles Peterson, Theo Parrish, Benji B and many others. He's since gone on to work with The Herbaliser, and more recently with DJ Jazzy Jeff, Andrew Ashong, and regular accomplice, Dego. On top of this, his keyboard prowess has seen him perform as a session player for musical icons including Amy Winehouse. Slum Village, Soul II Soul, Leroy Burgess and more. His music has appeared on benchmark labels such as 2000Black, Floating Point's Eglo, and Theo Parrish's Sound Signature.

Jazz-inspired rapper, singer, and spoken word artist COMA-CHI started performing in 2003, gaining attention the same year by winning the Shinjuku Spoken Word Slam competition. She's released four albums, a string EPs, and collaborated with numerous artists over the last two decades. Also featuring on the EP is celebrated US jazz trumpeter, Josef Leimberg, who has previously performed alongside Funkadelic, Erykah Badu, Kamasi Washington and more. While the original and Kaidi Tatham remix edit were released on 7” earlier in the year, Tatham's instrumental and full-length remixes are now available for the first time as part of the digital release. Check out the instrumental mix here:

The EP is available now via Bandcamp, and across all digital stores from October 8.