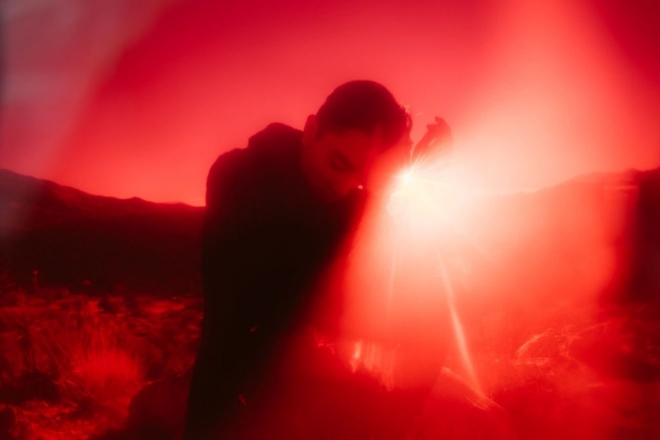 Shifting spaces in 2022, Manila Killa aka Chris Gavino takes to the studio with Kwesi on vocals to release his first track of 2022 called ‘Dark Places’. The tune is also the first output from his debut album that is due out sometime this year, and we are ready for a collection of tracks fuelled with his signature hypnotic beats and melodic synths.

The soulful tech-house track (or chill indie electronica) stems from Manila Killa’s experiences over the past two years, which influenced an output of dark and deep feelings which fuelled the electronic finesse in ‘Dark Places’.

According to Manila, the track “marks the beginning of a new perspective on how I view the world alongside music," which he also says are a reminder to not sit in the past but to look towards a future. This has been a common thematic journey from talents in the creative industry, which has been interesting for us to see how everyone serves up their own renditions from a similar pool of emotions due to the pandemic.

The vocal setting of the track exhibits Kwesi’s forte as he takes it to another notch down the belt with his alluring vocals and lyrics that sing through evocative nodes. “We have choices to make every day and sometimes, the mind can go to dark and strange places that are often unhealthy and destructive,” said Kwesi.

Manila Killa comes from across the globe: his cross-continental upbringing in the Philippines, Indonesia and the United States has influenced his style, along with his self-taught education in electronic music. Throughout his musical journey, he has made his way through countless festivals such as Ultra, Electric Zoo, Firefly to collaborations with Chvrches, Tegan and Sara, San Holo and more over the past decade.

Just in the past year, the Filipino American artist has been keeping busy with livestreams, collaborations and live shows. Prior to that, since 2014 Manila has been part of a Lo-Fi house duo Hotel Garuda and he has also co-founded his own record label called Moving Castle along with AObeats and Robokid. Last year, he also made his way to our mainstage anthems list of 21 in 2021 with a collaboration with Malaysian singer-songwriter Yuna with ‘Reminisce'.

Watch the music video of ‘Dark Places’ below: