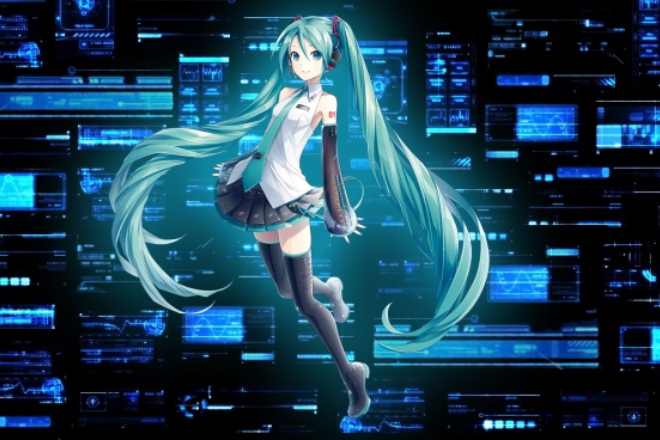 Coachella’s line-up was revealed last week, and fans were hyped by the return of some legendary music icons such as Gesaffelstein and My Chemical Romance. However, it’s a Japanese artist listed with a coveted slot that’s caused more heated discussion online - the holographic idol ‘Vocaloid’, also known as Hatsune Miku.

Hatsune Miku will be the first-ever Japanese virtual idol to perform in Coachella. Miku, who was originally created as a synthesizer program for artists to generate vocals back in 2007, was later portrayed as a 16-year-old teenage girl with iconic turquoise pigtails. Her voice was sung by Saki Fujita, a Japanese anime voice actress, and the program has been used over 100 thousand times on user-generated songs. One of her hits 'World is Mine' reached 47 million views on YouTube, and some songs have even charted in Japan. Listen to her ‘World is Mine’ below:

After going viral, Miku has been modeled into a virtual idol. Her arena shows sell out in minutes, with fans queueing up to get tickets. Alongside music, fans have started to produce illustrations and merch for her, leading Miku to expand to international stages. She appeared on US stars’ Pharrell and Lady Gaga's tour and has successfully developed into one of the biggest icons in Japanese culture.

Coachella has invited virtual performers on stage before, with British band Gorillaz doing it back in 2010. Forward thinking Coachella has expanded its scope every year to cater to all kinds of music flavors from the international market. The rise in Asian artists in recent years reflects the growing industry, from K Pop on down. Alongside Miku, J pop's psychedelic pop princess Kayry Pamyu Pamyu, K pop bad boys Big Bang and rap group Epik High are also performing at this year's 20th edition Coachella.

Coachella takes place on April 10-12 and April 17-19 at the Empire Polo Club in Indio, California. Weekend one is sold out but weekend two passes go on sale Monday January 6 at 3pm PT (and will likely sell out within minutes). Register here.