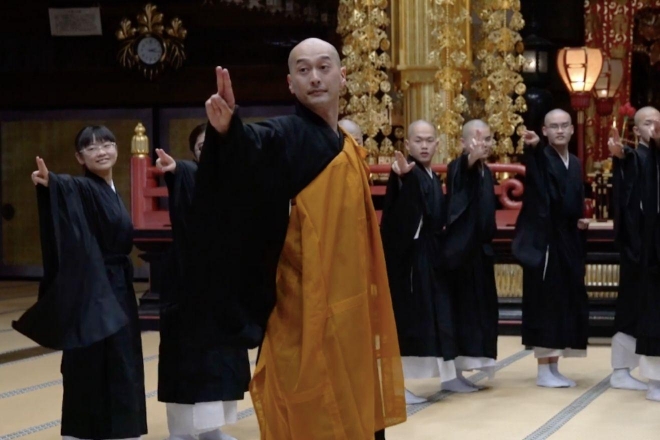 Just when you think you’ve seen everything on the world wide web, the internet does it again. Through the deep dark hole of discovery, we found a connection of two parts that seemed like an impossible duo: Buddhist monks and electronic music. We introduce you to Master Ryushin Takiyama, founder of the ‘Koyasan X Dance’ project, an avenue that encourages the teachings of Shingon Esoteric Buddhism through performance art.

The video that has been circulating since December 19 2019 has garnered over 49K views on Morinaga’s YouTube channel, which is another strange addition to the mix. Morinaga, a Japanese confectionary company that is widely known for Hi-Chews, created this campaign for another one of their products, the popular Ramune candy (those Japanese carbonated drinks with marble in them). 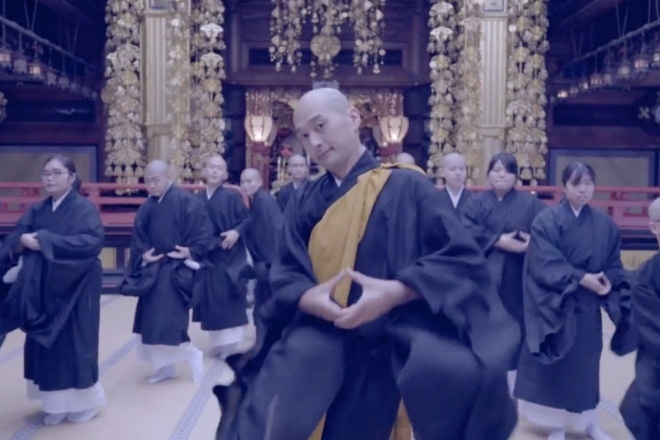 The scene was shot at one of UNESCO’s world heritage sites in Mount Koya, which funnelled its way as an additional boost for tourism and was also an incentive for visitors to make this a stop on their tour while they ventured around the Wakayama Prefecture. The performance included students from Koyasan High School all dressed in traditional Buddhist robes, and Ryushin Takiyama aimed to create a prayer to encourage students to prep for their exams. He called a “passing prayer dance” (合格祈願ダンス; gōkaku kigan dansu), and it’s one prayer we have never seen before.

If we were watching this on TV, the beginning truly feels like a normal ad if anything, but when the beat drops 40 seconds in Kenta Higashioji track titled ‘Sutra Remix’, it's a whole world that we were not prepared for. You see Ryushin Takiyama breaking out into dance moves that we never knew a monk could have, which are an infusion of traditional Buddhist hand gestures (mudras) and some moves we’ve seen on Asian dancefloors. Not forgetting the popping of Ramune candy that takes its cameo roles in between those dance moves. 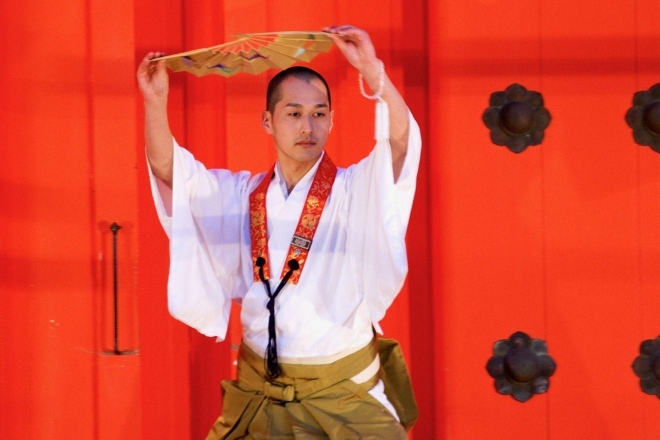 Ryushin Takiyama is no stranger to the performance scene as he graduated from the Kyoto University of the Arts with a degree in performing arts. This is also not his first rodeo, with other dance videos from hit tracks such as 'Bad Guy’ by Billie Eilish, ‘Dancing With A Stranger’ by Sam Smith, ‘Blinding Lights’ by The Weeknd and ‘Wow’ by Post Malone. Seems like Ryushin favourite playlists might sit on Billboard’s Hot 100s.

If this wasn’t out of the box for you, in 2017 we wrote about another Japanese Buddhist monk shaking the internet within the scene with the creation of a Techno Temple.