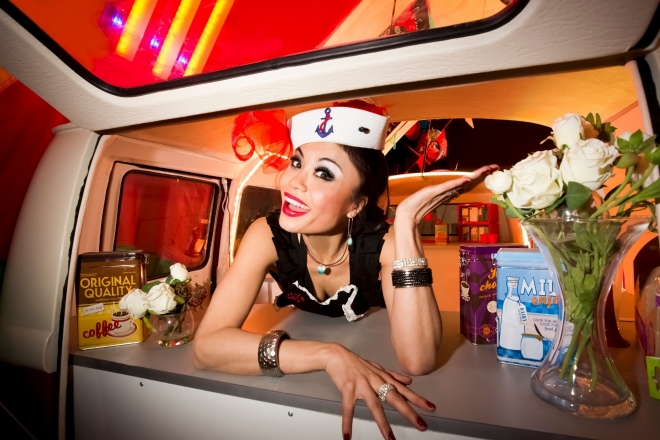 DJ, producer and trailblazer for Asian and female artists alike, Janette Slack passed away aged 42 this past Sunday, in Hong Kong.

On and off the decks, Slack was known to friends and fans for her formidable charisma and effortless enthusiasm around music.

Born to a British father and Chinese mother in Hong Kong, Slack uprooted to London and sparked a pioneering and successful career as a DJ by cutting her teeth at famed Fingerlickin’ Records-owned record store and club, Bar Vinyl/Vinyl Addiction. From there, and around the company of Plump DJs, D. Ramirez, Meat Katie and plenty more, she spent the next almost-15 years establishing herself as one of Asia’s best electronic music exports, alluring a global fanbase to her magnetism as a DJ, producer, label owner and all-round woman about music.

Highly regarded as a ‘queen’ of breaks and progressive, one of her more prolific stints in London was her residency at fetish club Torture Garden in London. She then dropped her debut album Torture Garden Session in 2012, on her own Slack Trax imprint. The Torture Garden residency also helped define Janette’s unabashed, corset-clad styling in which she’s been exhibiting with flair at gigs; on appearance, Slack was also infamous for her roller skates which often became her mode of transport to gigs. 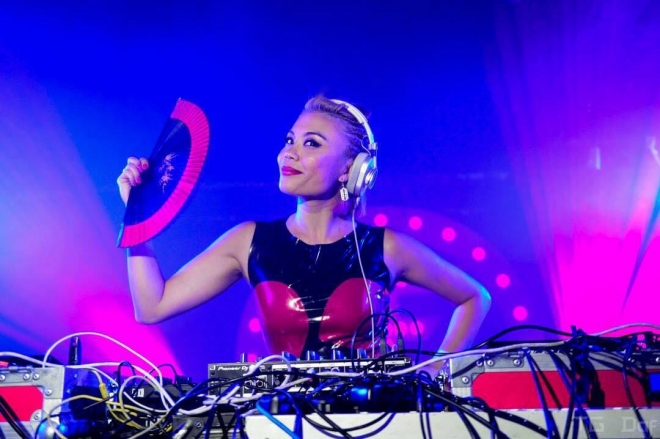 Janette was born to accomplish: she was the first female winner of London’s Denon DJousts contest, and also won the Armada European Female DJ competition. She was also named a Mixmag ‘future hero’.

It would be fair to assume that Janette's career paved the way for plenty of female DJs in a highly male-dominated industry; she also set a fresh perspective on artists from Asia.

The video below is by subculture documentary and filmmaker, Doug Prey; released in 2004, the short film from his Veer series depicts Janette as a budding DJ and producer trying to make it in London.

Upon returning to Hong Kong circa 2013, Slack ventured into music education, setting up music production courses with the English School Foundation, and giving private production (Logic X) and DJ lessons to young students. One of those students, Heidi Mak, says she owes her first job, and much more, to Janette.

“She was my fairy-god-sister, that’s what I called her just two weeks ago. She was more than a friend, I was more than a student. Janette taught me that it was wise to support myself with another job if I wanted to DJ, and she helped me get my first full time job at TVB, which I owe so much for. She always looked out for me.”

Janette’s close friend, Nikki Davies, had these words to share about her: “I got to know Janette when she returned to Hong Kong to be closer to her family. She electrified the music scene here bringing her own brand of upbeat, energetic, and intelligent sounds to the dance floors. Over the years we developed a deep friendship that I’m sure many had with her. It was impossible to have Janette as a passing acquaintance — she was all heart and ages left a huge hole in my heart and her that of many friends and loved ones.”

British DJ and agent based in Bali, Marc Roberts, was a regular on the London circuit at the same time Janette was there too. Roberts tells us, "Janette was someone I would always bump into in London then around the breaks scene. Loved by all and such a bubbly bundle of fun to be around. Just so sad and shocking to hear the news today."

Messages and tributes are being welcomed on Janette’s Facebook Group ‘Janette Slack’s Beats & Peaces’ which is being managed by those close to her. You may respectfully join and request to make any posts there.

Mixmag Asia will also be publishing a tribute feature; we are welcoming messages and media from those close enough to her who wish to recount or share their inspirations and memories with RIP Janette Slack. Please get in touch here.