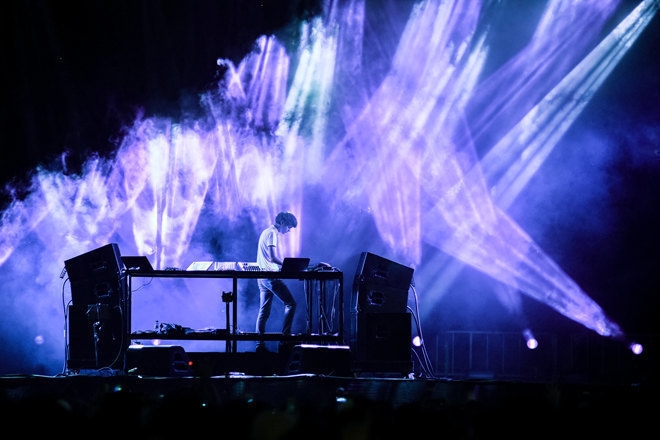 We The Fest, Indonesia’s beloved music, arts, fashion and food festival, is right around the corner and they’ve just confirmed the final line-up for the two-day extravaganza. At the same time, they've also confirmed that Indonesia is coming up as one of Asia's most happening party destination. 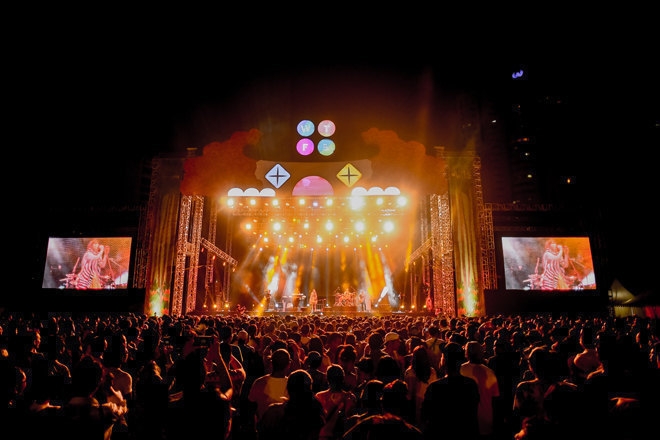 The event happens on August 13th & 14th in Jakarta’s magnificent Parkir Timur Senayan, with a parade featuring a full marching band, The Marching Halos, kicking off the event with a punch. Organizers promise more fun features like this sprinkled throughout the weekend.

That said, We The Fest is far more than your typical music festival, even those with lifestyle add-ons. For fashion conscious festivalgoers, H&M will be hosting a stage – The Stage in Bananas – where you can expect to mingle with some of Indonesia's top fashion bloggers and there will also be a WTF market featuring local Indonesian brands. Murals and art installations will provide a colourful backdrop for the festival, with art up for grabs in the Art Village. Hungry? Head to the Cooking Stage. Yes, there will be a cooking stage run by star chefs. Brilliant, right?

Now in its third year, We The Fest is curated by Ismaya Live, the same lovely group behind the massive Jakarta Warehouse Project (have you even seen the line-up this year?) and boutique Balinese festival Sunny Side Up. Everything they do is a labour of love and We The Fest is just further testament to that. 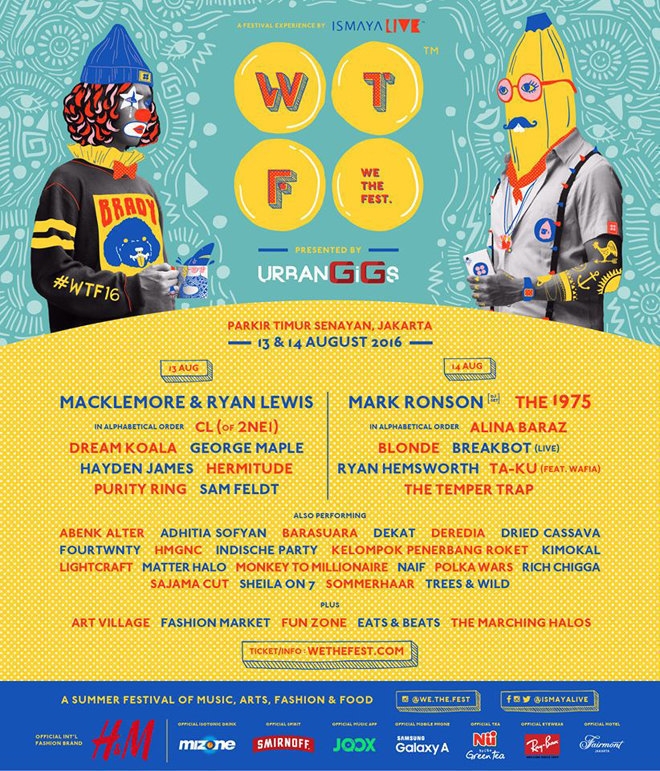