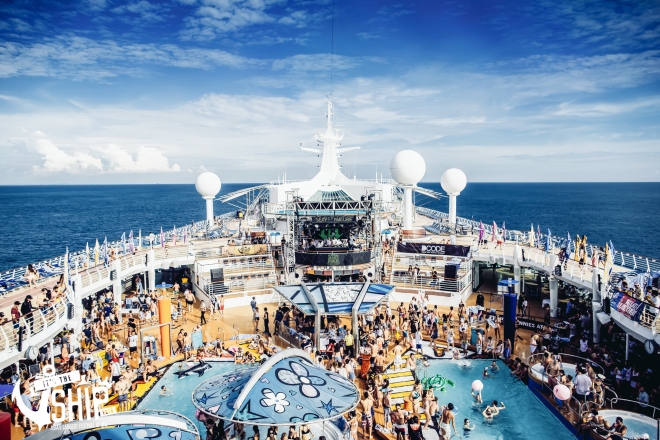 Last year, It’s The Ship was captained by David Hosselhoff, which is hard to top but the organizers have managed it. This year will see Vogue’s greatest model of all time, Tyson Beckford, who will join male strip tease troupe The Chippendales from Las Vegas to keep revelers entertained late into the night (and maybe/hopefully into their cabins).

On the musical front, Asia’s largest festival at sea has added to an existing an eclectic mix of talent added by adding trance mainstay Andrew Rayel, living turntablist legend Craze, Finish duo Super8 & Tab who have championed the Armada imprint and Panjabi MC, who will especially cater to fans of world music on-board as he rose to the occasion with a bhangra/hip-hop crossover hit 'Mundian To Bach Ke' that featured Jay Z.

A host of Singapore local talent have also been added to the bill including hip-hop sensation Shigga Shay, party-starter DJs Jade Rasif and Rave Republic, as well as Zouk club resident Matthew.

They have added to the likes of Krewella, Yellow Claw, and hip-hop collective of the moment 88Rising. See the full line-up on the official artwork below. 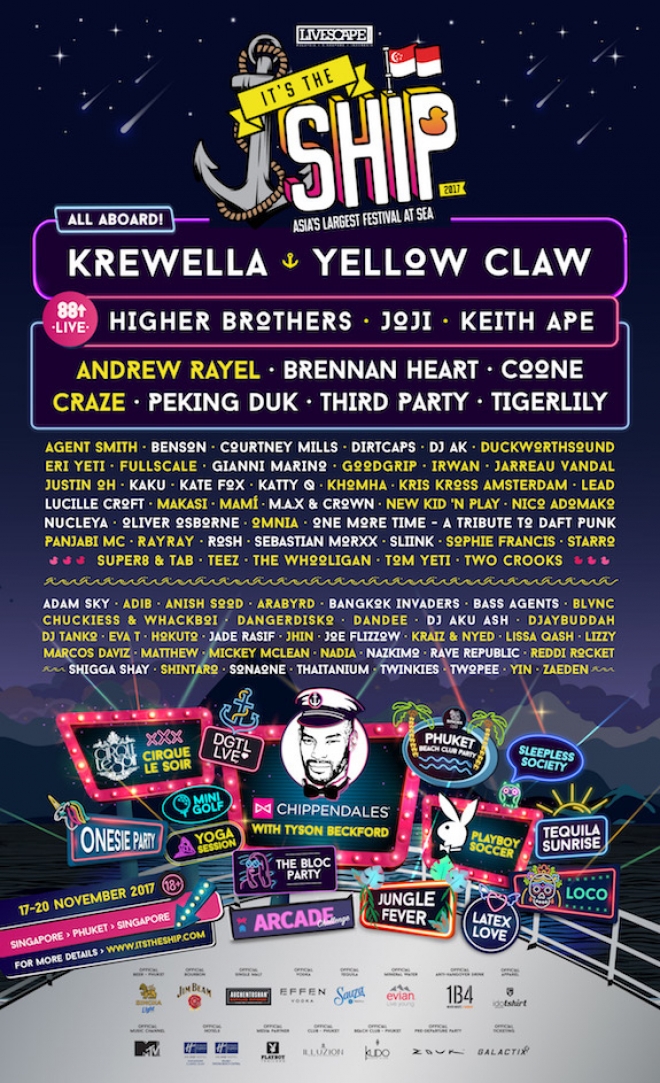 It’s The Ship have also announced their daily dress-up parties, which include onesie, latex and jungle themed days. Visit the website here for all the information.

See the promotional video featuring the full line-up below.

It's The Ship, Asia's largest festival at sea, will sail from November 17th to 20th this year and the ship will once again start in Singapore but will sail to a new destination: Thailand. In previous years, shipmates have partied in Langkawi and Penang but this time they will be treated to a day beach party in the mountainous region of Phuket. Find tickets here.