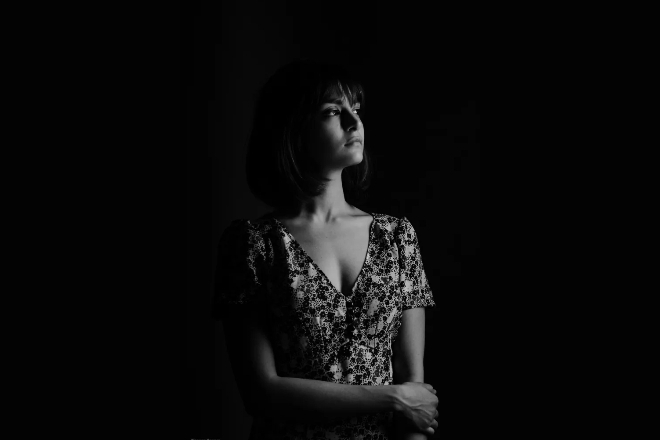 ‘She Speaks’ is the debut experimental-electronica album from Indian producer Rushaki, which she co-produced with Delhi-based singer/songwriter and producer, Bharg Kale.

Throughout the album’s entire 27 minutes, Rushaki takes listeners into her then-deteriorating psychological state and struggle with mental illness through glitchy synth lines, idiosyncratic vocal modulations and other chaotic musical elements. She attentively blends all the musical influences gathered throughout past years with her very own musical creations, resulting in a darker shade of Indian electronica.

Read this next: ‘Noumenal Eggs' by MIRA新伝統 soundtracks a post-human reality inspired by ill-fated experiences 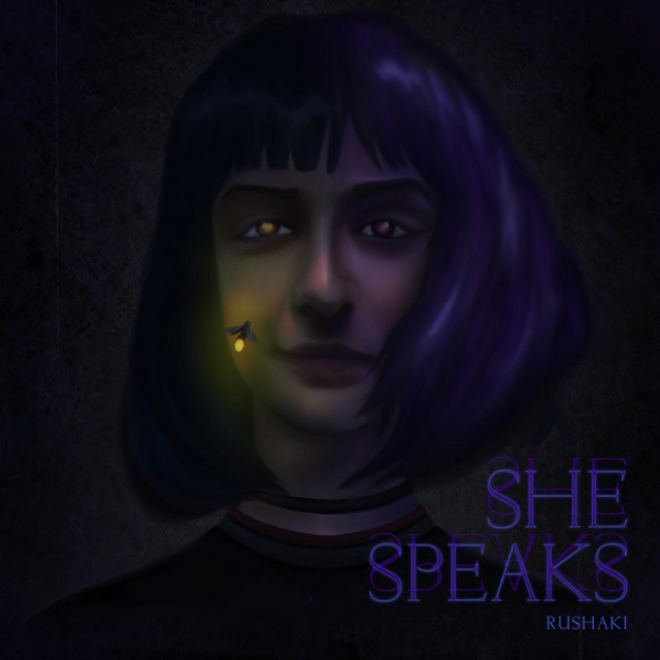 Capturing the album’s essence is the cover art; a shadowy portrait of a girl, illuminated just barely by a firefly’s faint flicker. It sets a deeply confessional narrative of Rushaki’s battle with her own psyche along with those bitter experiences she went through growing up.

Read this next: 4 artists share their tips for managing your mental health

Best heard in order, the tracks take us on a trip through the intricacies of Rushaki’s mind. Starting off with twinkly synths on a more buoyant and boppy track, as we listen on, more and more harrowing sounds start to emerge. Sampled breathing noises, sentimental chord progressions, distorted vocals and industrial vibrations echo the producer’s cerebral spiral as she desperately tries to regain stability.

Planning to create a string of music videos to support the release, Rushaki has already published one for ‘Breathe Again’ back in February. The track talks about “the never-ending push and pull against the shadow self”. Watch the video below:

The New Delhi-based producer and singer-songwriter has been inspired by various genres growing up. She’s performed at local venues in Pune while working as an assistant manager throughout 2017 before joining the indie-rock band 'Coffee For Giraffes' the following year. After working on the periphery of the music industry, the self-proclaimed misfit now wishes to share stories of her peculiar thoughts and introspective self-conversations through her music.