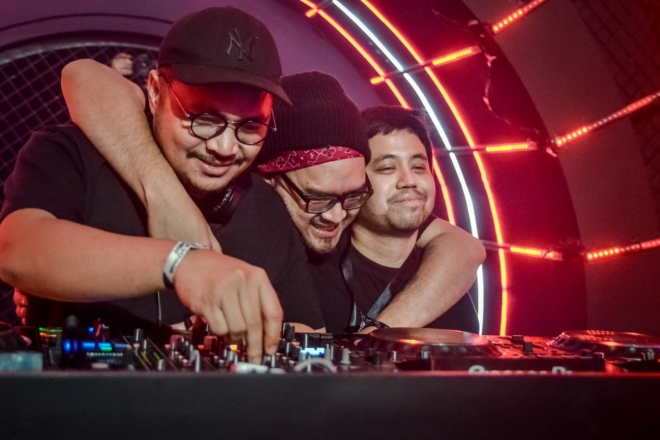 Fun fact: Chicago, Detroit, New York, early acid and techno all have one thing in common — they devoured the curiosity and fervour of Jakarta’s homegrown House Cartel.

Setting out almost ten years ago when the local music scene was mostly rampant with big room and commercial dance, Nandi, Robin, Yorri, Sixteen, David Tjin and Tandunz established House Cartel as a means of sharing their love for the gospel of house, through their own intimate and friendly congregations.

The house music sextet eventually became a trio with Sixteen, David Tjin and Tandunz parting ways with the capital city to other parts of Indonesia, which left Nandi, Robin and Yorri to keep their movement in motion. Throughout their united career, House Cartel have opened, closed John Digweed, Droog, Ben Klock, Bicep, Dubfire, Phono, Chus & Ceballos and Kraak & Smack.

Jakarta has been one of the hardest hit cities by the global pandemic, but these Jakarta boys won’t let the downtime from gigs and a cancelled 2020 tour stop them from having fun.

Todays show for Mixmag Asia Radio was recorded in front of a group of friends (who we’re reminded are all vaccinated), after back and forth Zoom calls between the trio to get the track selection down. It starts off with an original production from Robin ‘A New Normal’, which according to Nandi, “sets the mood right for this mix and how it perfectly describes the situation we are living in now.”

When it strictly comes to house music, the only new normal I can think of is that there isn’t enough of it. That’s when we flick the frequency over to our friends in Jakarta with their trustworthy sense of how to deliver a 100-minute connoisseur-level set.

Hit play below to listen to Mixmag Asia Radio 075 with Jakarta’s Nandi, Robin and Yorri of House Cartel.