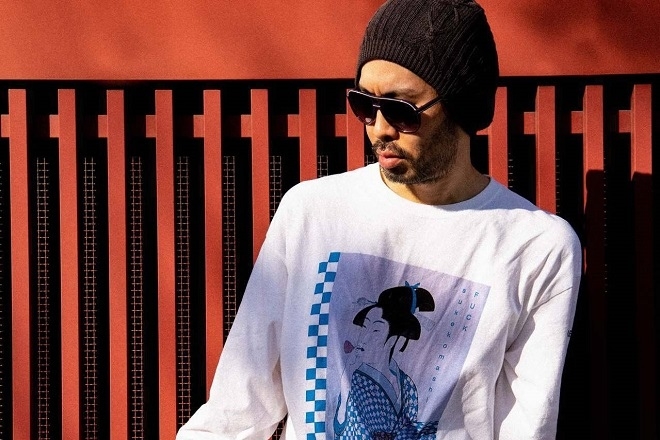 Hoshina has been turning out fascinating music for over a decade, and so far his meandering sonic voyage has journeyed through abstract techno, experimental deep house and wigged-out drone topography. In recent years he's settled on his self-styled 'watechno' sound, infusing electronic fundamentals with jazz sensibilities and subtle Japanese aesthetics, and the unique net result is nothing short of striking. ESP Institute is something of an apex label for in-the-know selectors and collectors and is refined and venerated in equal measure. Regularly providing a home to ground-breaking artists such as Tornado Wallace, Young Marco, and Moscoman, the label pays close attention to the workings of the Tokyo underground, too – showcasing sounds from the likes of Chida, Powder, Ground, and Chee Shimizu. Here, Hoshina Anniversary returns for his second EP on the imprint, having released 'Sagano' with them back in 2019. We took the opportunity to reach out to him to discover a little more about the influences behind his electronic fusion sound, and as it turns out, and as it turns out, the jazz influences we detected factor heavily into his production process.

Though it sounds like a fitting soundtrack to the peculiar times we're all experiencing, A-side 'Karakuri' was actually written in 2018, and was inspired by a selection of jazz titans and musical virtuosos. “(The) electric piano and synth are inspired by Herbie Hancock and Chick Corea,” Hoshina explains, before going on to name-check Weather Report bassist Jaco Pastorius and Nile Rodgers' Chic as hidden influences behind the music. “This track has not only (the) mood of Japanese traditional but also many '70s jazz greats,” he adds. Turning to the B-side, 'Michinoku', Hoshina reveals a studious approach when it comes to condensing musical styles into his compositions. “I wanted to make a track with a Japanese musical scale and rebuild it in the present day,” he says. “Yes, I always take care of understanding the history and structure of past music and (then) rebuild it with my taste,” he tells us. “I think this song was built on a perfect balance, a mixture of many genres and many thoughts.” He again cites the recently departed Chick Corea as an influence, as well as Steely Dan keyboardist Donald Fagen and jazz-funk fusion hero, James Mason. “(The) synth of the latter part could be influenced by Sébastien Tellier… anyway some kind of French music, but I think I've adapted it to the Japanese style.”

True to his aim, the EP serves as a timeless blend of styles and textures, effortlessly fusing the organic with the mechanical. From the wandering Rhodes and elaborate synth work on the deeply hypnotic 'Karakuri', to the low-slung syncopation and dream-inducing chords of 'Michinoku', nimble musicality meets laser-sharp precision slap bang in the sweet spot of the groove. This is another exceptional piece of work from Hoshina Anniversary, and we highly recommend paying close attention to the intricacies and nuances of the EP.

Hoshina Anniversary 'Karakuri' EP is out now on ESP Institute. You can buy it here