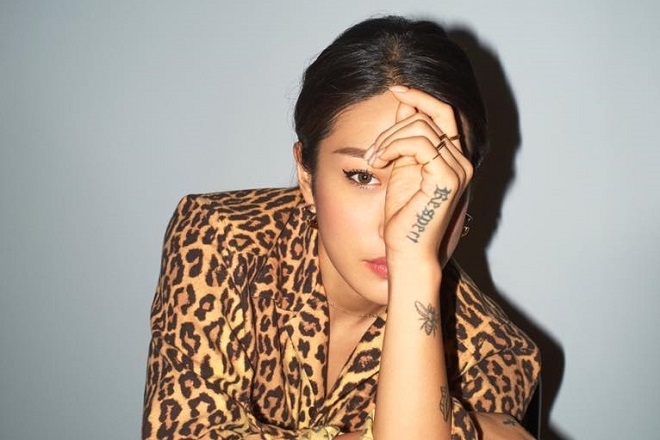 Hot on the heels of its latest release, Peggy Gou wished her excellent Gudu Records imprint a happy first birthday yesterday, and promised yet more fire is in the pipeline.

With her stratospheric rise to stardom into and beyond the realms of dance music, it was perhaps a logical progression for the talented DJ and producer to set up her own imprint, which she duly did back in 2019. The beautifully presented label was brought to life with her own 'Moments EP', which contained the retro-tinged, feel-good house jam 'Starry Night'. Since it's birth, Gudu has gone on to provide a home for excellent music from underground legends DMX Crew and Maurice Fulton, the latter of whom provided the sensational 'Earth EP' we reviewed earlier this year.

The fourth instalment came earlier this month, in the form of the four-track 'Bullseye EP' from little-known Londoner JRMS. Whether knowingly or not, anyone who has caught one of Peggy's sets over the last few years is likely to have heard his music, providing as it has a mainstay of her selections recently – including an entry in her 2019 DJ Kicks compilation.

The delightfully non-conformist record bursts with personality and is one of the tastiest slabs of genuine techno we've heard this year. Title track 'Bullseye' is a jacking excursion into freakish synth territory, characterised by tough beats and out of control lead melody, it's up-tempo groove guaranteeing mayhem on the floor. The stripped rhythm track 'Shake' is downright filthy, with its heavy 808 drums and maniacal off-kilter acid line. On the flip-side, '3' offers up yet more deviant techno flavour, rattling snares and chopped-vocals adding attitude to the murky synth parts. 'Solo' retains the twisted feel of the rest of the EP, but is slightly dreamier in tone and endowed with a fantastically space-age quality.

In her celebratory Instagram post, Peggy teased us by announcing that “killer” missive number five is well on the way. If the previous releases are anything to go by, we're in for something special.

Just wanted to say thanks to Gudu records lovers! only been a year since I launched my own label and only 4 releases so far but I’m so proud of every release. 5 is incoming and it’s killer ;) thanks @driscollobos and genius @jeeeoook for making vinyl even more beautiful! #gudurecords

You can check all of the Gudu Records releases here