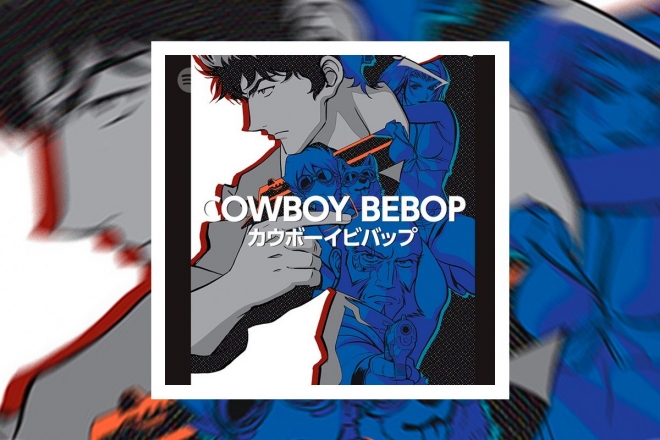 Cowboy Bebop: two words that will often elicit an impassioned response from even the most casual anime fan. And while music is rarely the focus of an anime, the score of Cowboy Bebop places this masterpiece in a league of its own. And now instead of scouring YouTube for fragmented bits of music from the show, all 45 songs have just been added to Spotify in one blistering playlist.

Shinichirō Watanabe’s 1998 sci-fi anime is considered to be one of the best anime series ever made (I even studied it in university) and the score is probably the coolest anime soundtrack ever. The plot sounds like this: Spike Spiegel and his ragtag crew of bounty hunters chase down the galaxy's most dangerous criminals from their ship, the Bebop, en route to the Tijuana asteroid colony.

Created by the animation studio Sunrise, Cowboy Bepop came out in Japan in 1998 and the United States in 2001. The legacy lives on today after the 26-episode series was picked up by Netflix in 2018 just before the streaming giant announced that it would turn it into a live-action series starring John Cho as Spike Spiegel, although production has been delayed as a result of the pandemic.

Despite its short run, the show developed a cult-like following all over the world for its dizzying array of visuals, characters, stories and a stellar soundtrack. Music was a vital component to the show and episodes were accompanied by some of the liveliest jazz compositions on this side of the universe.

The music for the show was composed by Yoko Kanno, who enlisted a band just for the show called The Seatbelts which was made up of musicians from Japan, New York and Paris. Kanno actually produced music for the show before much of its characters, story or animation were completed. In fact, Watanabe would use the music as inspiration for new episodes. Kanno has also scored other anime series like Ghost in the Shell: Stand Alone Complex, The Vision of Escaflowne and Wolf’s Rain where she's been known to further combine elements of breakbeat, orchestra, techno and tribal.

Thanks to all the hype surrounding the revival of this show, the Cowboy Bebop OST has just been released in its entirety on Spotify and makes for a vibey good time. Close to 46 songs from the series feature on the playlist, which also stacks tunes from individual albums like ‘COWBOY BEBOP Tank! the! Best!’, ‘COWBOY BEBOP’ and ‘COWBOY BEBOP Vitaminless’. Pay careful attention to the show’s opening theme, ‘Tank!’, with its i-wish-i-could-mouth-the-words-to spoken intro. The infectious rhythm of ‘Piano Black’, the upbeat notes of ‘Black Coffee’ and the delightful lightness of ‘Mushroom Hunting’ will also get stuck in your head. The rest is a blistering combination of blues bangers, bossa nova, heavy metal, jazz, J-pop, hip hop, country, electronic, funk and samba.

Have a listen to the opening theme below and find the playlist on Spotify here.