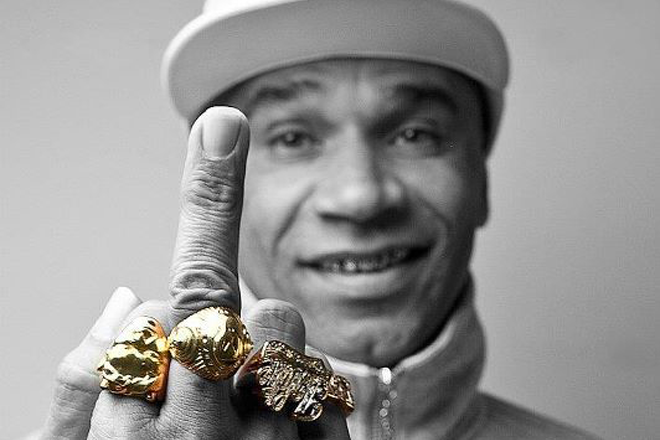 A hero in more worlds than one, Goldie has just been awarded an MBE for his years of dedication and contributions to music, film, TV and his work with a number of charities. If you’re not familiar, you can think of the prestigious accolade as making the Queen’s personal honor roll (officially – Member of the Most Excellent Order of the British Empire).

Goldie is easily one of the most iconic and important artists to come out of the UK and has been turning heads for much of his life. From less than humble beginnings, Goldie spent much of his youth being bounced around children’s homes and immersed in bad environments, which naturally led to a tumultuous adulthood too.

But after turning to music and the arts, he was able to escape his troubled upbringing and has been on an unwavering path of redemption ever since, which makes the recognition unequivocally deserved.

Besides being a linchpin in the popularization of drum n bass with the album Timeless, which turned 20 this year, and his iconic Metalheadz label, Goldie has replaced afflictions with art and filled his life with all kinds of expressive art. From his time as a graffiti artist to the visual art he creates, and even his work as an actor, composer and philanthropist, Goldie has become a mentor and an inspiration for people from all walks of life. He even credits yoga with changing his life and works to promote the same path to youths in need through his homegrown Yogangster project.

And yet, receiving the honor doesn’t mean that his life’s work is mission accomplished, in fact the now 50-year-old stalwart musician and artist has said that the MBE is just the beginning.

Congratulations Goldie, we’re proud of you!