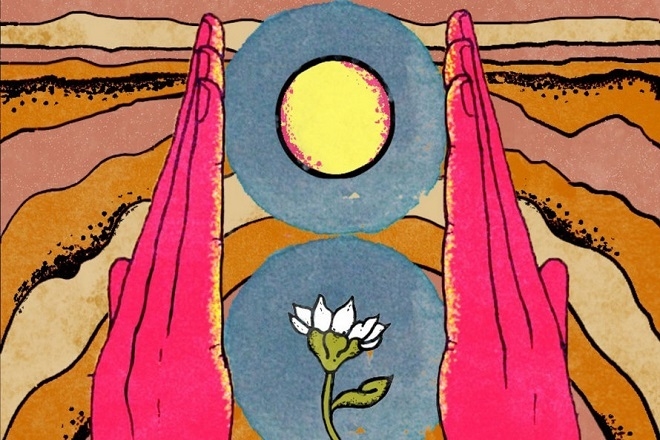 Bali-based Gold Suite arrives with his latest round of soul-soothing Balearic compositions, serving four blissful cuts on the 'On My Horizon EP'.

Real name Joey Fitzgerald, DJ, producer and multi-instrumentalist Gold Suite has been in stunning form of late – scoring a string of remixes and releases on labels including Music For Swimming Pools, Higher Love, Ditto Music, and Cosmic Tiger. His ascent to the fore on some of the Balearic world's most renowned imprints has been nothing short of meteoric, having self-released his debut original material (following a handful of edits and remixes) little more than a year ago. Despite being a relative newcomer to releasing, it isn't hard to grasp where he finds the inspiration for his horizontal grooves: with evolving sunset skies providing a bountiful creative source as he sets the mood via DJ residencies at Potato Head, Karma Beach, and Mano Beach House.

'On My Horizon' marks the 50th release of respected label, NuNorthern Soul, and arrives hot on the heels of the Ibiza-based imprint's 10th-anniversary vinyl box set release. Both the label and its boss, Phil Cooper, were based in Bali for several years, so the milestone release being marked by friend and Island Of Gods resident Fitzgerald feels like a particularly snug fit. True to his recent output, Gold Suite presents four tracks that – while unquestionably Balearic in tone – are refreshingly challenging to pigeonhole.

This is glorious work from Gold Suite, with each track embodied with more than enough charm to colourfully augment an impressive half-century for team NuNorthern.

Gold Suite 'On My Horizon' is out now, you can buy it here