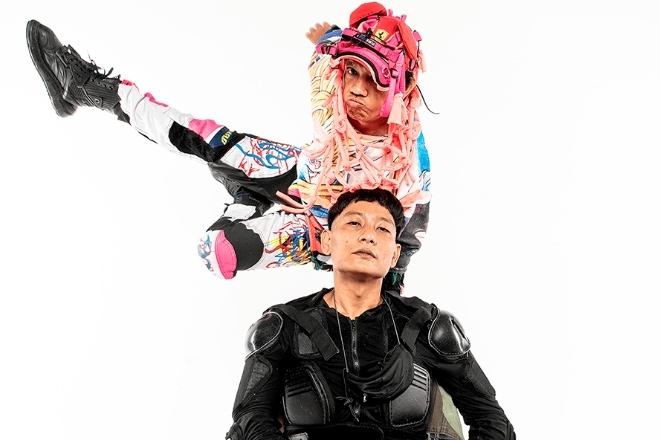 Kasimyn and Ican Harem of Gabber Modus Operandi have suspended all activities, including a tour to Canada, during what is now the period of investigation towards claims of sexual abuse.

Earlier this month it was announced that the Bali-based duo were tapped to contribute to Björk’s upcoming album ‘Fossora’. The Icelandic electronica-pop icon mentions that the “mushroom album” is bound to be filled with gabber beats which were heavily influenced by Gabber Modus Operandi's sound.

Since gaining knowledge of the accusation, the duo have taken to Instagram to clarify their actions — including cancelling their tour to Canada — and also their cooperation towards the ongoing investigation, both in English and Bahasa Indonesia.

On August 9, the alleged victim posted a now-deleted tweet accusing one of the members of sexual abuse. Screenshots of the tweet have circulated through “private channels”, and the duo were made aware of the accusation on August 13.

Though having reached out to the alleged victim to no avail, the duo are set to “assume full responsibility for any consequences caused by such events”. They’ve hired a mediator to officially process the investigations following the allegations.

Gaining a massive cult following in Indonesia and around the world with their hardcore electronic gabber noise with touches of traditional resonances, Gabber Modus Operandi were set to tour Canada at the end of August. However, they’ve shown their willingness to cooperate in resolving the case by staying in Indonesia until the mediation process is complete.