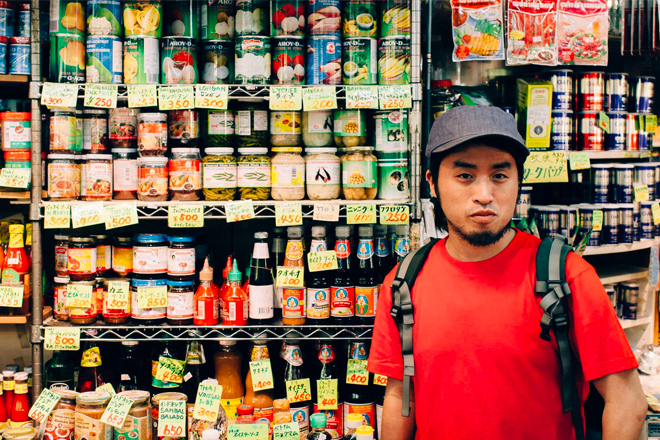 Working under the name Foodman, Takahide Higuchi is a Yokohama-based Japanese experimental electronic producer who gained traction as a leading name in the footwork and junk scene by blending ambient, house and techno, and other electronic music genres into it.

The Japanese artist found peace while eating at Michinoeki, Japanese motorway service stations, and visiting the local Sento, Japanese public baths. He then drew inspiration from these atmospheres and created the 15 tracks Yasuragi Land, which means “tranquility land” in Japanese.

“When I go to these places, I’m able to enjoy the atmosphere,” Foodman said in a press release. “I wanted to create an honest album that combines the sound of guitar and percussion with the sense of peace and community I feel in here amidst the uncertainty of the future. Yasuragi Land is that place of ‘tranquillity.’”

This is also Foodman’s first full release via Hyperdub, a London-based electronic music record label and former webzine. The artist described the album as “extrapolating that sound and feeling with guitar VSTs, samples, and hyper-rhythmic percussion is at the core of Yasuragi Land.”

Yasuragi Land LP is scheduled for July 9 release and prior to the release, Foodman has shared the first single from the album, Hoshikuzu Tenboudai, along with a sushi video on April 14. Check the video, album art, and tracklist from below and pre-order it here.