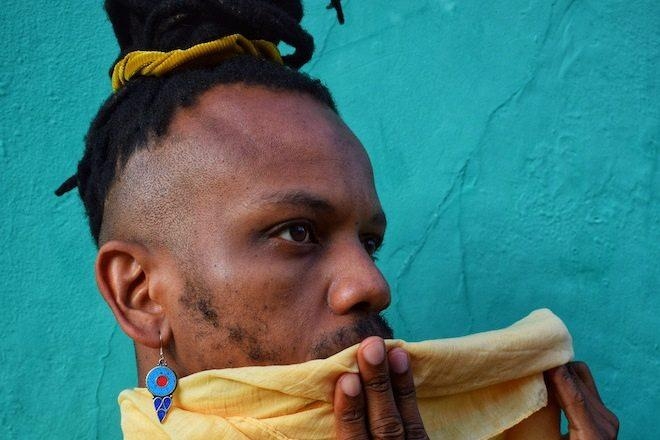 Floyd Lavine has returned to his Afrikan Tales project for its first release of 2022: a V/A entitled 'The AfroFuturists'.

The four-tracker involves three other artists, channelling the imprint's purpose to not only showcase Lavine's work but also that of others from Africa, or the Africa diaspora, who have been inspired by the continent.

It celebrates African creativity and a chance to take ownership of one's individual stories through music.

Having already released two EPs since the label's launch last year - which the artist released with a clear intention of “exploring my truth, reflecting my environment and finding the unknown in the known" through his self-dubbed Afrofuturistic techno funk sound - this collaborative V/A features an original track from Lavine, 'Vaseline', opening the collaborative record.

"The message of this track is about accepting all aspects of yourself - both the good and the bad - in a non-judgemental life," he explains on his first solo release of 2022. "The imperfect perfection is something that guides me and is a philosophy I want to share with others. I want to come to the world with authenticity at all costs. This creates life, love and beauty."

Following the artists opener are tracks from Arol $kinzie, ATMokinesis and Katimi Ai, all of whom have a form of personal relation with Lavine.

"I met Katimi when I first visited Tokyo in 2019 and she was playing with me on the line-up," he explains on her track 'Take Me Back to 2019'. "We got to hang out and she’s showed me a version of Tokyo – a touch of black Japan. I asked her to send me music she’s been making and she sent this super raw track that only she could make. I’m a fan of her sound, it reflects both her heritage and her roots."

Read this next: Amapiano officially added as a genre on Beatport

$kinzie, meanwhile, is referred to as a "super determined producer who doesn't take no for an answer" by Lavine. "He first got in touch with me about four, five year ago and send me a demo. I liked his sound, but at the time the music he sent wasn’t what I needed, but I told him to keep sending me more. Each year he would send me a demo and it finally clicked with ‘Ayini’. I love the hypnotic, groovy yet futuristic sounding vibe on it. I had to sign it."

Finally, Cape Town's ATMokinesis hit the spot upon sending over track 'Had a Dream About This': Town. "I met him roughly three years ago and ever since he has been sending me music," explains Lavine. "He finally sent me this sophisticated track and I knew it was right for this project.

"AtMokinesis is an eloquent young producer and I’m excited about his future projects on Afrikan Tales.”

Read this next: The Guest List: Themba drops 10 rooted gems that inspired his debut album Modern Africa, Pt I – Ekhaya

Currently based in Berlin, Floyd Lavine is firmly focused on Afrikan Tales this year, with a vision of "tell[ing] our own story, create our own narrative and explore our own creativity without limitations."

Its third release, 'The AfroFuturists' V/A, is available now. Check it out here.