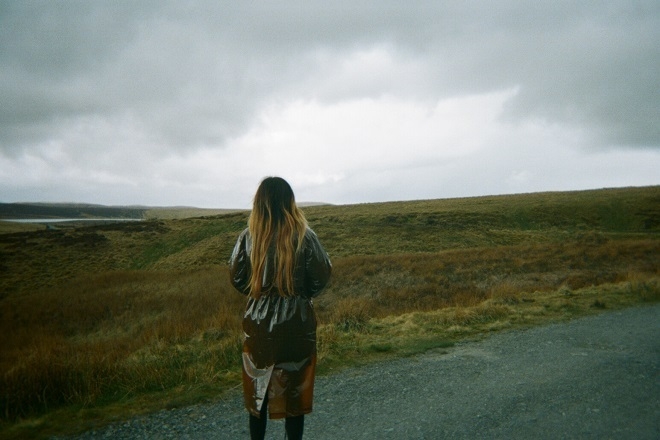 Flora Yin-Wong has announced the release of her latest field recording-inspired album, 'The Sacrifice', which arrives via First Light Records next month.

The creation of the work saw DJ, producer and journalist Yin-Wong take refuge in an isolated cabin close to Machynlleth, in the ancient valleys of North Wales. From here, she collected the field recordings that would provide the basis of the new four-track album. Inspired by folklore. 'The Sacrifice' seeks to provide a sonic escape from the bizarre times through which society is currently living. The album was commissioned by First Light Records as part of their Unbuilt Sound series – a project centred around acoustic ecology; the relationship between listener and environment. Throughout the project's lifespan, pioneering electronic artists across the world will immerse themselves in remote rural locations and produce new sound works inspired by their experiences, which will then be released on limited edition vinyl by the label.

Nestled within the UNESCO Dyfi Biosphere, Machynlleth is home to The Centre for Alternative Technology (CAT), which functions as a site to explore practical solutions for a carbon-free future. The area’s uncanny and untouched natural surroundings – punctuated by the remains of industrial mines – embody a parallel and possible present that provides a momentary sanctuary from the climate predicament that faces our contemporary societies. In Flora’s own words: “Taking its name from a modern adaption of The Mabinogion, the earliest collection of mythic Welsh stories, The Sacrifice is an isolated reflection on the earthen landscape of weaving valleys and still lakes. Inspired by the mytho-historical figures who appear – architects of destinies and synthetic beings who make shamanic journeys of redemption.”

The album presents as a collage of twisted field recordings set alongside waves of synth work and whispered vocals. The Sacrifice flits between delicate familiarity and dreamlike dissonance in an attempt to inspire a folkloric sense of timeless place that extends across time, with this combination of composed sound and field recordings establishing a dialogue between Yin-Wong and her environment.

Flora Yin-Wong 'The Sacrifice' is out on November 16. You can preview and pre-order the album via the player above