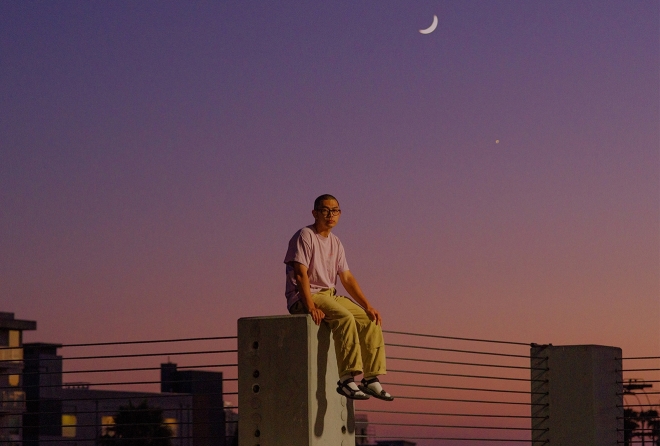 Los Angeles-based artist Alex Ho has announced his debut album — called Move Through It — via Music from Memory. The eight-track record is a meditative and serene take on the City of Angels that's best paired with a golden hour cruise down the Pacific Coast Highway.

The LP is Ho’s sonic representation of his hometown of Los Angeles, which is rich with nostalgia and cinematic sensations and is the same source of inspiration the feeds countless creatives. Across the LP, rhythms are sublime, laid-back and slow with some reverbed guitar, saxophone and keyboards — all meant to portray the vivid, yet unhurried city.

While this may be Ho’s first release, the multi-faceted artist has been involved in the Los Angeles dance music scene for a while, throwing musically expansive warehouse events while also playing selector for Moony Habits’ NTS radio show.

Music From Memory is an Amsterdam-based independent record label that says it releases “visionary electronic music from both past and present.” Easier this month it released a compilation of work by British electronic pioneers MLO aka Peter Smith and Jon Tye called Oumuamua.

Move Through It will be out on November 22. Pre-order it here.