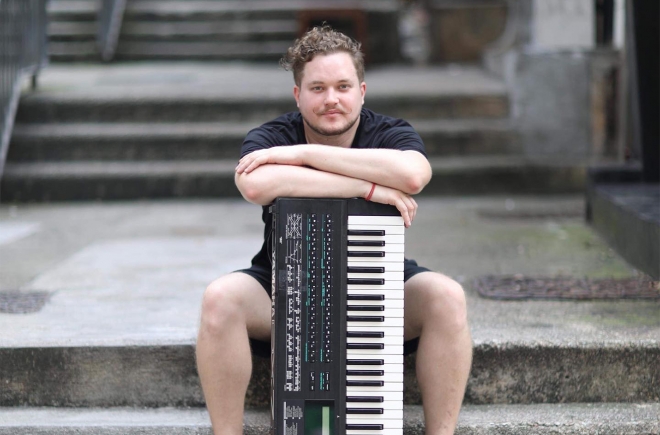 Fauve Radio is a radio station with 24/7 programming that launched in Hong Kong with the hope of building something eclectic for the art and music scene in Asia. Last month, it was announced that the founder would be extending this platform into a record label under the same name.

The label itself was something that took founder Romain FX many years of planning that he's just now ready to premiere with a clear vision. "It was a longtime dream of mine to create a label with a platform to showcase all the music I love and I'm going to dig as deep as I can to showcase the hidden talents of Asian producers and connect them with the international music world."

The label's bio also reads: "Our inner animal is always pushing to get out, and Fauve will be the platform to welcome it with open claws."

For the label's inaugural release, Romain decided to premiere his own first original EP. 'The Drive' is a four-track EP that saw him dig deep in his own emotions to pull out four Italo house-infused tracks full of musical surprises. Have a listen to the EP below:

Although this is his first solo release, he’s no stranger to making music. In fact, DJ Harvey played his Cantonese cover of ‘Spacer Women’ at Pikes Ibiza and got the nod from Mixmag as one the most uplifting records that the DJ played this year. “Harvey possesses a rare Cantonese cover version that we will no doubt never get our hands on.”

‘The Drive’ is out on Juno Records now and can be purchased here.