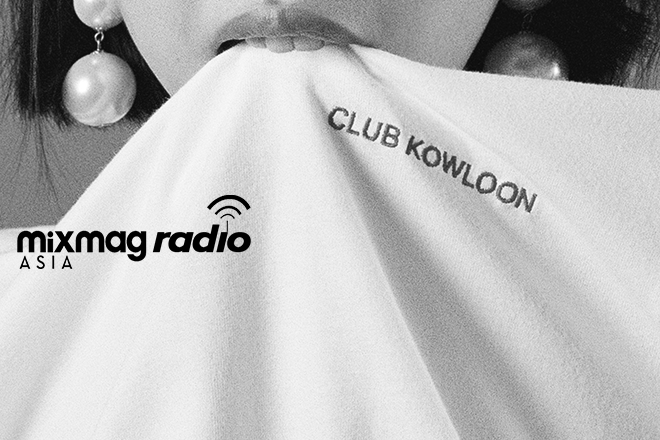 Great ideas stem from a struggle against the set tide of social norms, and sometimes they end up being rebellious with a conscience.

In the case of Norwegian DJ and producer Espen Cook, Club Kowloon was born out of a struggle to grasp Hong Kong’s club and DJ scene — “as a new DJ in town it was really hard to get any gigs and I felt the scene was uptight and controlled by a few key persons and they would not let any new ones on. Many of the parties I went to felt very exclusive and far removed from the Hong Kong I was living in and experiencing.”

From what started out as a late night event concept, Espen Cook co-founded Club Kowloon together with like-minded friend Jørgen Sevild and it quickly became a lifestyle brand where music took centre stage. It started off by simply not being able to melt into the gig scene that looked so fluid from the outside, but was clearly rampant with internal politics. Espen tells us, “So one day while walking around in Yau Ma Tei (in Kowloon), we see a Nepalese restaurant and we go inside pretending to be event promoters and say we are going to do an event there. So then we decided to call it Club Kowloon and it became our project to realise all our ideas through.”

At the moment, the techno-inspired creative is based back home in Oslo; his pre-pandemic plan was to keep the concept alive through festivals and events and regularly rack up travel miles with trips between Asia and Scandinavia. “The pandemic crushed that plan, but my partner is still in Hong Kong and we also have friends and partners of CK (Club Kowloon) now based there as well as Oslo, Italy and Miami - so in that sense we are all involved with keeping the concept afloat.”

His current goals while studying fashion in Oslo are to further develop the design and merch side of CK, and in the meantime Jørgen has been hosting the occasional rave in Hong Kong with plans being made for events in Spain and Oslo soon.

While being a standalone brand, Club Kowloon is undoubtedly a personal space for Espen musically; it’s where he’s made inspirational friends with DJs like Romi, head honcho of Kizen Records and Taku Hirayama — “they have been instrumental in my journey in electronic music”, says Espen, and “another huge inspiration is the Yeti Out crew, individually as DJs, but I also have so much respect for their enthusiasm and what they have been able to build, as a brand, label and event promoters.”

While so much has been transitional for most of us over the last almost-18 months, Espen has also deepened his musical direction and intuition — ”After years of playing more in the minimal and deep house area, I got a bit bored as I felt it became too predictable. I have always loved techno and always blended techno tracks into the mix but never fully mastering it. After a night out in my hometown with my good friend Arild a year ago, we sat on the grass in the early morning hours and I was playing some really far out techno stuff on the bluetooth speaker, and it just hit me that this is the vibe. So, I recorded this mix to share that experience, showing a new side of myself and trying to share with you the sort of techno I like.”

Tune in below to Mixmag Asia Radio 067 with Espen Cook of Club Kowloon (which is located somewhere between Oslo and Hong Kong).