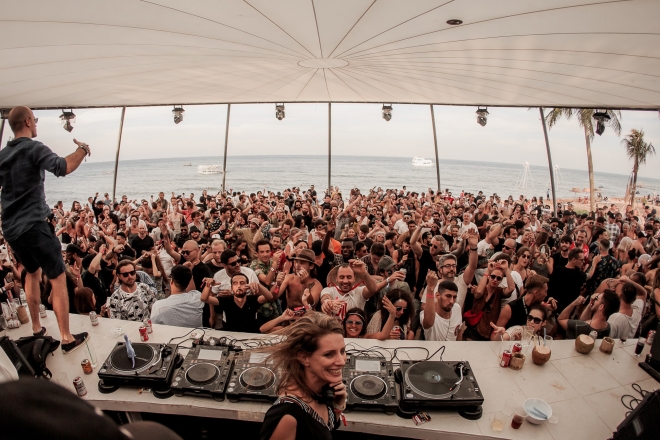 Without a festival to plan this year, the organizers of EPIZODE Festival needed something to do — and so EPIZODE Records was born. Announced today, the imprint will feature emerging artists from around the world who will release music on both digital and vinyl formats.

The sound direction of EPIZODE RECORDS will correspond with the festival’s eclectic concept, which sees a wide range of electronic music genres, from groovy techno and microhouse to atmospheric and experimental sounds. Essentially, it will match that of EPIZODE's four stages: Main Stage, Frisbee, Eggs and Shell.

"We started Epizode festival with a vision to unite people from around the world through quality music," said the organizers. "Now, five years later, we’re happy that our initial idea got materialized as a label as well. We’re proud to present our brand new platform which will be showcasing various talents and bringing the special sound and vibe Epizode is well known for. We’re looking forward to listening to all your demos and to feature the best ones."

The first release arrives in early 2021 with three more releases as well as a couple of collaborations to follow in the same year. In the meantime, EPIZODE RECORDS now invites all artists to send their demos to [email protected].

EPIZODE5 was originally scheduled for December of this year but was postponed as a result of the pandemic. The festival will now be held from December 29, 2021 to January 9, 2022. Artists who were previously announced will carry over to the 2021 edition. Confirmed acts include Ricardo Villalobos, Binh, Deborah De Luca, Dubfire, Goldie, Guti, Hector, Loco Dice, wAFF, Jamie Jones, [A:Rpia:R], Apollonia, Nastia, Sonja Moonear, Richy Ahmed, Satori, Archie Hamilton, Agents Of Time and Mr.C. They will be joined by Vlada, Sofia Rodina, Zots, Fideles, Arram Mantana, Anna Nova, Mickey Zhang, Temple Rat, Hibiya Line and Anh Vy on the regional front.

24 hours of music programming will be accompanied by inspiring art installations, exciting wellness activities and sublime sunsets at the usual location: Sunset Sanato beach in Phú Quốc, which is surrounded by lush jungles and heavenly food.