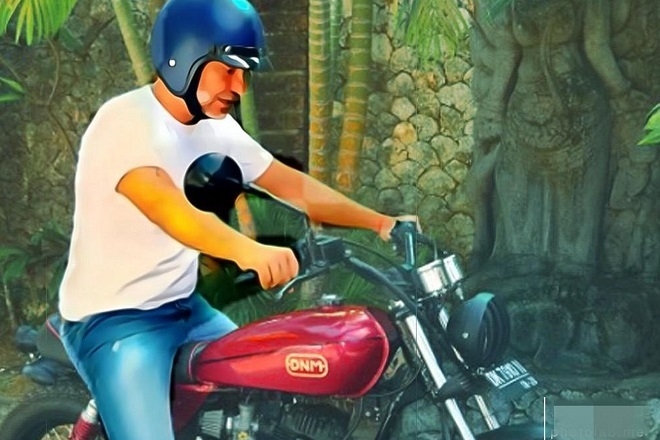 Despite the obvious unpleasantness of 2020, Martin Denev is someone who has legitimate cause for at least some celebration. Following on from the resounding success of his 'Perfectly Enough' EP earlier this year – which featured a remix from legendary artist, Atjazz – the Bali-based musician and producer returns with a long-player on Australian imprint, Issa'min.

When listening to Denev's work, it's immediately apparent that he's an artist with some serious musical chops. Classically trained and jazz refined, his work embodies a complexity of musicality and structure that is often missing in the dance-related canon. Here, for the first time, he comes to us in the cunningly disguised form of El Manga, with the sole purpose of dazzling audiences with a disco-tinged departure from his regular sound. The collection contains six sun-dazzled tracks with subtly varying tones, though each is blessed with an uncommonly smile-inducing appeal. The music is designed to transport listeners to a tropical island joyride, and they each succeed triumphantly in their mission. Three of the cuts have been released as singles: 'Playa Nostalgia', with its squelch bass, purposeful chords and meandering flute and Rhodes solos; the dream-kitsch chic of 'Two Islands'; and the floor-filling funk-synths and chord progressions of summertime disco jam, 'Jap Style'.

'Behind The Pines' teases with its cheeky synth licks and power chords over a swung drum track, while the broken beats and spacey synths of 'Sufi Dream' deliver perhaps the most introspective flavours of the release. Finally, the funky synths return to the fore alongside emotive pads and chords on the mid-tempo stylings of 'The Wet T-shirt'.

This is a refined and coherent piece of work from the talented producer, and sure to appeal to fans of Neapolitan jazz-funksters Nu Guinea, Mystic Jungle and the like.

El Manga 'Another Week In The Tropics' is out now, you can listen and buy it here