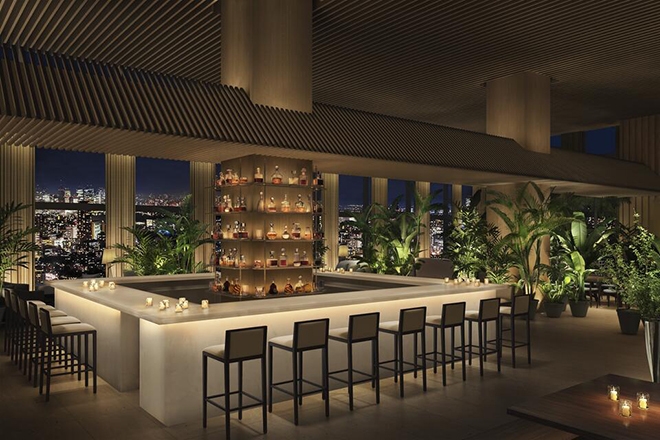 EDITION Hotels are one of those places that, no matter the city, are synonymous with quality. Beyond the lobby, we like it because it always equals a good time. That’s probably because the man behind the hotel chain, Ian Schrager, also co-founded Studio 54. The man has some pretty spectacular taste, you could say.

Last month, EDITION landed in Japan for the first time and is one of two planned spaces. The first is between Roppongi-Itchome and Toranomon metro stations and the second will open in Ginza. The Tokyo EDITION, Toranomon, is truly bespoke — the custom-made hotel embodies the best of the East and the best of the West, representing a “very delicate balancing act between the refined, elegant, simple and pure approach of Japan’s culture, style and traditions and EDITION’s passion, emotion, sophistication, perpetual subversion of the status quo and desire to break rules.”

Schrager has long been devoted to the Japanese way of life. “I have always had a spiritual connection with the approach and aesthetics of Japan,” he said in a press statement. “Their rationality, their simplicity, and their restraint has been the foundation of everything I’ve done. They are truly original thinkers but execute their ideas in such a humble and modest fashion. The end results are bold yet refined and shouts in a quiet way. It’s a sweet spot that is completely seductive for me.” 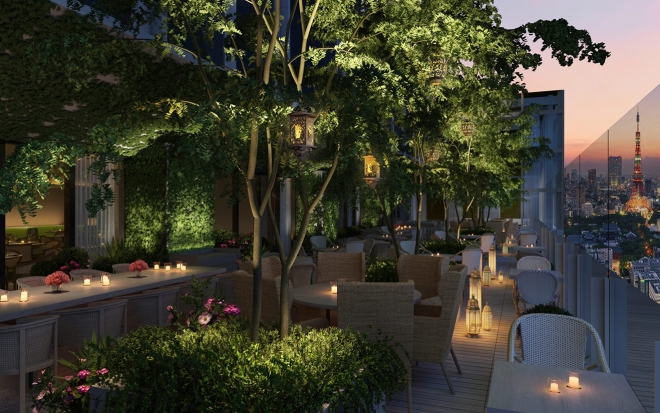 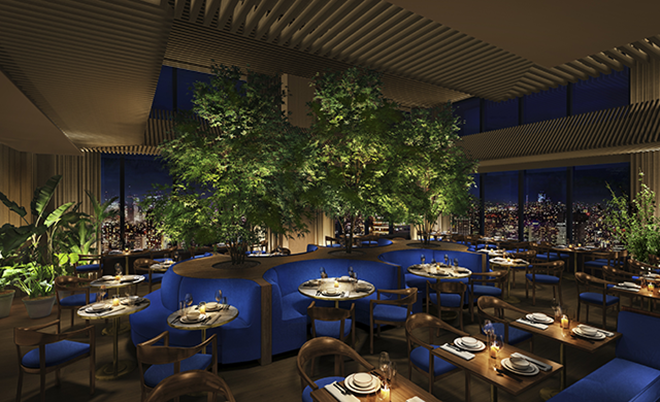 The Tokyo EDITION, Toranomon brings together Schrager and Marriott International. It’s further designed in partnership with renowned architect Kengo Kuma, who also added his touch to the Olympic Stadium in Tokyo and many other iconic buildings, and allows you to experience the essence and spirit of Tokyo without ever having to leave the premises.

The interior is said to feature several eating, drinking, entertainment and other experiences, each with a different look and feel, that “radiate from the Lobby in the same manner as the peripheral buildings do in a Buddhist temple.” The entertainment areas were inspired by precious stones and extremely rare elements—sapphire, Japanese jade and gold—and are a cacophony of black, blue and jade.

EDITION Hotels around the world are renowned for their events and parties. In Miami, the hotel houses Basement, which hosts concerts and DJ sets for a wide range of genres. “As with all EDITION hotels, lines blur between work and play, eating and drinking, talking and thinking, solitude and socializing.”

With a fresh concept in a fresh city, what can't wait to head to Japan.