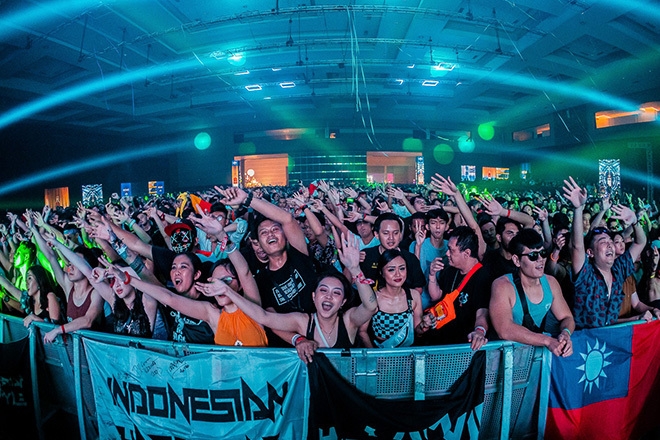 One of Asia’s biggest electronic festivals, Djakarta Warehouse Project (DWP) has just announced it will be shifting its stage and dance floor to the digital arena.

Over it’s ten successful events that have been held across Indonesia’s larger event and expo spaces, organisers Ismaya Live have invited some of the world’s biggest electronic acts to please Indonesian fans and regional travelers alike — Axwell, DJ Snake, Carl Cox, Tokimonsta, Zedd, Duke Dumont, Rudimental, Hot Since 82, Diplo, Steve Aoki and plenty more. The festival was born under its current name in 2010 as a large-scale festival, although the concept was originally launched as Blowfish Warehouse Project, named after one of Jakarta’s highly renowned nightclubs.

In between the successful events, a few unfortunate mishaps occurred, once in 2008 and again in 2010, where violence and deaths from clubs nights, from of year respectively, stalled and hindered festival plans by Ismaya Live.

Over the years, the festival’s stages have transformed and expanded, hosting parties like the Asia debut of Elrow festival from Barcelona, to having the entire 88rising roster from 2017, to expanding from a one to a two-day festival with the inclusion of the world’s biggest paint party, Life in Colour.

Here is the official announcement from the festival’s Instagram page.

Bringing you the all-diverse, all-extraordinary dance music experience onto your screens—welcome to Djakarta Warehouse Project Virtual! Watch out for this space, or head to djakartawarehouse.com for more updates and latest #DWPV announcements!

A post shared by Djakarta Warehouse Project (@djakartawarehouseproject) on Sep 30, 2020 at 2:02am PDT

A date or line-up has yet to be announced for Djakarta Warehouse Project Virtual, so make sure to check back here for updates and more information.

In the meantime, you can check out how Djakarta Warehouse Project 2019 went down.