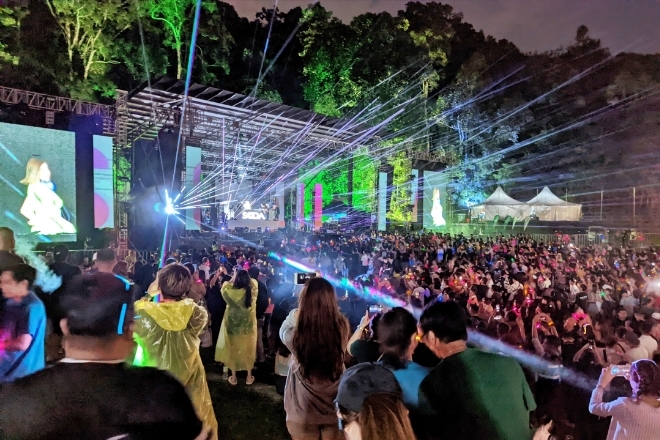 Making its debut on September 9-10, 2022, Borneo Music Festival Live (BMFL) was held at Sarawak Cultural Village, Kuching, Malaysia. It ran from 5 pm until midnight, gathering over 6,000 attendees on its first day.

Supported by the Sarawak Ministry of Tourism, Creative Industry and Performing Arts, BMFL spotlighted the more commercial sounds of EDM for its attendees, with a line-up that included big names such as Alan Walker and DJ Soda. Other regional talents were also invited to liven up the festival, including DJ X Factor from the Philippines and Moski Love from Indonesia.

Attendees took to social media to share their experiences at the festival, and it was South Korean DJ Soda's day 1 headline set that got a few keyboard-warriors going. Her usual foray of amping the crowd over the mic and hyping up 'big drops' would normally do the trick for Soda, but the Borneo crowd seems to have expected differently.

Read this next: This is a last chance to get your hands on a 4-Day Full Pass for Wonderfruit this year

A video of DJ Soda’s performance has been making rounds on the Internet and shows the hyped-up performer doing her thing on stage to a crowd that seems to be too “stunned” to speak and dance. Watch the video below.

As the DJ jumped and danced on stage, her entourage looked ready to record the crowd after the drop, but they quickly changed their mind and directed their devices to the headliner instead. Borneo proved to be a tough audience for the ‘celebrity DJ’.

Read this next: 48 hours in Kuala Lumpur: navigating local gems far from your typical tourist guide

Netizens just being netizens took to social media to talk about the peculiar behaviour from the crowd — most of them commenting in Malay described how static the dance floor was.

“Why are they all so wooden?”

“The music is already good, but the audience probably forgot to charge their batteries.”

“A historic event in DJ Soda’s life, for the first time the audience is frozen.”

For now it’s Borneo 1, Soda nil. Only history will tell us if it repeats itself.