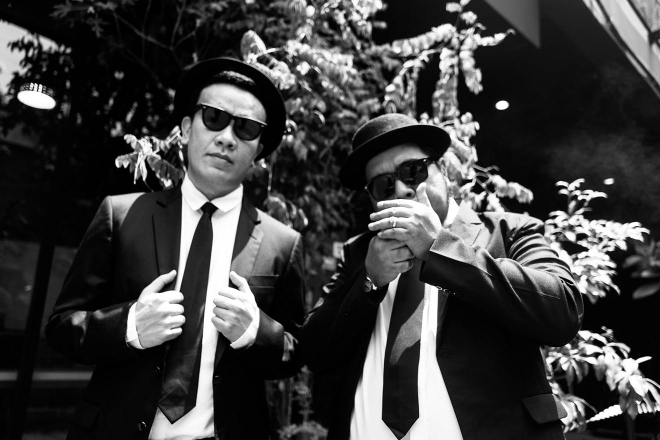 Studio Pop is a program based out of Jakarta that gives viewers those rarely seen behind the scenes processes of the artists at work. Now in its second season, the series brings together musicians, producers and directors, and puts them to work on collaborative music projects, taking them from the drawing board to polished music videos. The series struck gold in May 2021 when showrunners Diskoria brought on actress and Indo-pop star Eva Celia for the collaborative track 'C.H.R.I.S.Y.E', including a live performance of the track filmed at Zodiac, Jakarta. The fusion vibe between indie dance, disco and Indo-pop proved to be an instant success.

This time around Diskoria have expanded their musical influences, combining their Indo-disco vibes with the 60s rock 'n' roll sounds of FLEUR! and the soulful R'n'B vocal stylings of actress Tara Basro. The trio of artists put even further pressure on themselves with a target to complete the recording within a 24-hour window — they managed to accomplish the task in just under 22 hours. The trio enlisted three additional musicians for the single; Achi Hardjakusumah on strings section, Jordy Waelauruw on brass section and Muhammad Rizky on all keyboards. Engineering was provided by Pandji Dharma of Syaelendra Studio with mixing from Viki Vikranta and mastering by Dimas Pradipta.

Once the master was ready, former Potato Head Group creative director Michael Killian was brought in to help bring the song to life by way of a music video. As part of the Studio Pop challenge, Killian was given only one week to prepare. While Killian has several respectable accolades under his belt as visual artists, designer and co-founder of Pleasure and Zodiac, 'Suara Disko' was his debut wearing the video directors cap.

The results speak for themself and you can watch 'Suara Disko' in full below.