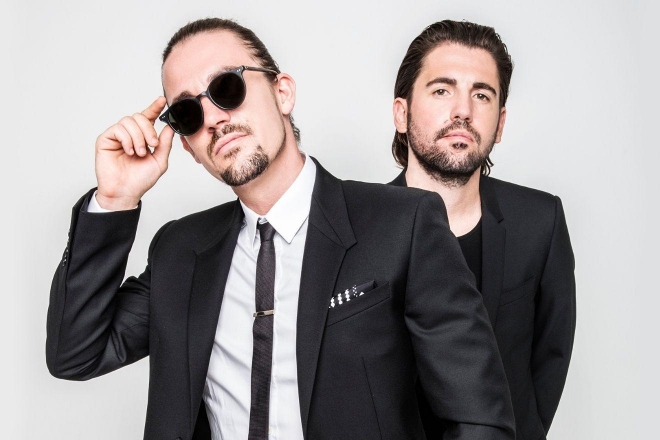 Powerhouse EDM duo Dimitri Vegas & Like Mike have joined forces with Liquid State, a Hong Kong-based label that specializes in electronic music formed by Sony Music Entertainment and Chinese Giant Tencent Music Entertainment. The aim of this collaboration centres around global-focused releases with popular Chinese artists as well as the licensing of Dimitri Vegas & Like Mike’s rolodex of releases from their record label Smash The House. The collaboration also came with Dimitri Vegas’ first release on the label on October 26, 'One Day I’ll Fly Away', which is a tribute to the passing of his father Takis Thivaios.

Liquid State was established three years ago with a commitment to developing the Asian electronic market to reach global lengths. Sony’s collaboration comes strategically with Tencent’s ability to distribute music in China, its stake in Spotify and its ownership with the biggest media channels such as Wechat, QQ, Tencent Video and QZone comes at a huge advantage for the label. As mentioned on Music Business Worldwide, according to the CEO of Tencent Music Entertainment Group, Cussion Pang, “with the formation of Liquid State, our goal is to create an unmatched culture exchange between the East and the West through the power of electronic dance music.” Over the past year, the pandemic did not seem to slow down its growing state as it peaked past 1.5 billion streams worldwide and released tracks from Marshmello, Jolin Tsai, Alesso, Steve Aoki, R3HAB and more.

As well as International acts, Liquid State has signed Chinese artists such as Crazy Donkey who went viral due to TikTok at the young age of 16 and Frogmonster who took the title as the number one electronic record of 2020 with his track 'Remember Our Summer'. Last weekend in Chengdu and Foshan, the label’s event nights returned as one of the first performances in China with some of its artists and it will look to branch out to other Asian territories come next year.

With prominent recognition worldwide over the past few years, there’s no doubt that Dimitri Vegas & Like Mike would reel out some Asian talents on Liquid State for global exploration.