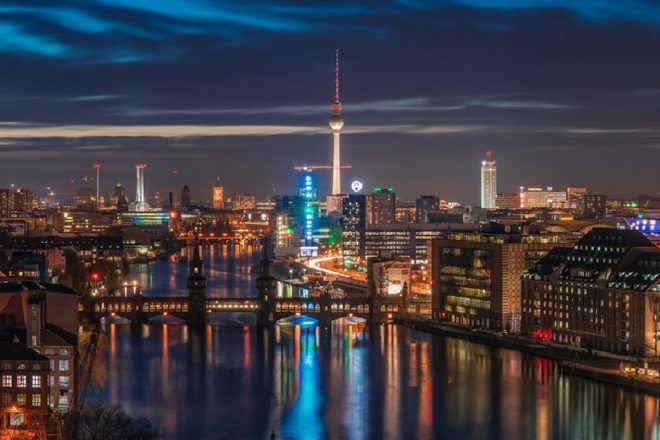 A pan-European sleeper train has been announced, offering British travellers the opportunity to get to Berlin overnight by rail from May 25 2023.

Perfect for those wanting to visit the German capital and explore its iconic parties, it'll be possible to jump on a Eurostar at St Pancras Station on a Friday afternoon and wake up in Berlin the following morning.

Passengers will only need to make one short change in Brussels, with the train scheduling leaving enough time to grab a Belgian pint. In total, the new Brussels to Berlin leg will run three times per week with aims to run daily from 2024.

There's even breakfast in bed included in the journey, with the company promising "luxurious, comfortable" options regarding of the ticket you buy. Bicycles can be taken onboard, and pets in private compartments.

Read this next: An oral history of Secretsundaze, London’s exuberant party institution

Having changed in Brussels, the route will pass through Amsterdam and Hanover before arriving in Berlin the following morning. From 2024, there are plans for the route to extend beyond the German capital and pass through Dresden before finishing in Prague.

Returns back to London from Berlin leave late Sunday evening, with the possibility to be back on English soil by Monday mid-morning, ideal for a long weekend break.

Pricing for the Brussels to Berlin stretch start from €49 for a seat in a six-person compartment. For €79, you can get a couchette - a seat that converts into a bed - or you can splash €109 for a sleeper compartment. Tickets go on sale on February 20, and you'll need to buy a separate Eurostar ticket for the London to Brussels leg.

Read this next: Rave the Planet brought back the original Love Parade spirit back to Berlin

For now, the 10-carriage trains will be formed as compartments of six, four and three person capacities. There's been difficulties obtaining sleeper carriages on the market lately, although the production company plans to fit normal carriages in the "near future" which will allow them to offer two-person options.

Tickets for the overnight sleeper train from Brussels to Berlin will be available here on February 20. You can also sign up to the newsletter and be notified of ticket sales closer to the time.