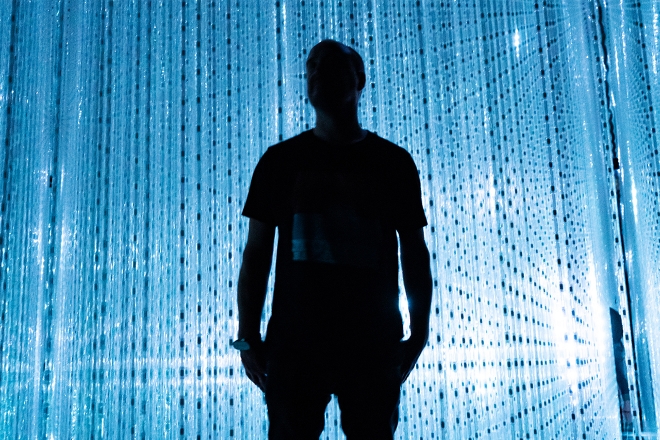 The man might be from Belfast but Dee Montero is almost a household name on the Asian circuit, having shacked up in Bali up until the pandemic and Hong Kong before that where his first label, Montero Grooves, was born. But it was in Bali where he started working on ‘Sapphire’, and today, after 18 months in making, Montero has finally released the tune under his freshly minted ‘Futurescope’ label.

‘Sapphire’ features the ultra-distinctive voice of former Prodigy vocalist Shahin Badar from ‘Smack My Bitch Up’ fame, and is a tribute to his first rave ever, adding a dash of nostalgia to the story behind the launch track. “My first rave was actually a Prodigy gig in Belfast in 1992, so it’s safe to say I was an early fan,” Montero said in a press statement.

Given his guest vocalist's involvement on ‘Sapphire’, it makes the entire project feel full circle for Dee and his life in music.

The early beginnings of the track came about while Montero was working on ‘Headspace' with Meliha from Kuala Lumpur. The original featured an Indian vocal chant by Shelia Chandra but Dee couldn’t get it cleared so he reached out to Badar, who at the time was travelling between India and the UK. It took some time to come together but they finally got in the studio together and the result was worth the wait.

Shahin herself has spent time in Asia having lived in the region from 2008 - 2013, and continues to draw inspiration from the juxtaposition of its ethnic instruments, percussion and spiritual chants. She actually spent years travelling around temples in Vietnam, Thailand and Bali sampling Buddhist chants, chimes, gamelans and hang drums which are weaved within her music today.

Today the focus is on ‘Sapphire’ but Montero has a couple of future releases lined up as well. Next up is 'Aria’, which was created especially for Montero’s Robot Heart set at Burning Man last year, an experience he’s been holding tight ever since. The third release will be a trancey cosmic number called ‘Meridian’ with visual accompaniments that hark back to rave flyers from the early 90s. This aesthetic is echoed across the label as well, which he says is inspired by his career — past, present and future. The look and feel of Futurescope is fresh and thought provoking, and embodies his love of retro sci-fi with a sound that’s cosmic in spirit, a touch surreal at times and very much crafted for the future.

“Aesthetically, I’m creating something that’s modern and unique but embraces a retro-futurism and fantasy art style that harks back to 70s airbrush artists and graphic novelists such as Roger Dean and Moebius as well as concept artists like Syd Mead and Ralph McQuarrie from early Star Wars,” Montero added. “That retro analogue look from the 70s and 80s always felt like innocent escapism to me, digital in a pre-digital world — simple yet full of promise. Even now the interpretation of the future from back then still feels magical, unconstrained and very inspirational.”

Though the label only launched today, looking back, it’s been a lifetime project.

“Technology although robbing us of lots of freedoms has also afforded us the opportunity to do so much creatively and now I’m able to combine my music with this retro style through sound and motion graphics to create an immersive audiovisual world without any limitations,” he continued. “And I think it’s a great time to bring nostalgia back into the modern digital realm. We’re bombarded with so much mediocrity these days, from soulless advertising, “influencers” and shallow distractions all littering our timelines, I think we all harbour a desire for a form of nostalgic escapism to another world!”

But to Montero, Futurescope is more than just a label — it’s a mantra for a state of mind that he hopes to channel through the label. “Musically the sound will ebb and flow with ambient, electronica and cinematic sunset stuff to more melodic house and techno club tracks. It will be a difficult label to pigeon hole and that’s the idea, I want to keep it accessible and a sanctuary of sound to escape to whatever time of day or night."

Today marks the start of a new commitment for Dee, a label that he hopes evolve into an electronic landscape and community, a virtual and physical tribe. And although Montero is currently based in Belfast, his future plans for the imprint bring him back to Asia where he hopes to discover emerging talent in the region while supporting a new breed of artists and future producers.

Listen to 'Sapphire' below.

'Sapphire' by Dee Montero featuring Shahin Badar is out today on Futurescope. Buy it here.