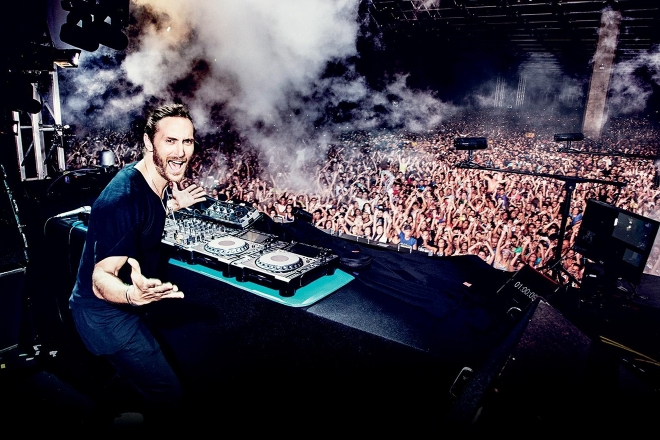 An unprecedented residency has just been announced in Saudi Arabia’s capital city as global DJ sensation David Guetta kicks off a series of events in Riyadh called ‘MDLBEAST PRESENTS’, which aims to amplify the regional music scene through concerts, events and experiences.

The residency begins this week at various locations around the city and spans the rest of the month, each holding just a limited number of tickets. The French artist will conclude his stay in the Kingdom with performances at Formula 1 and SOUNDSTORM in December.

“Building the music scene in the Kingdom is central to our plans at MDLBEAST and we aim to bring over the world’s best music icons to deliver genuine world-class entertainment,” said Talal Albahiti, COO and head of talent booking and events at MDLBEAST. “With the launch of MDLBEAST PRESENTS, we are renewing our commitment to produce incredible events and truly memorable experiences for music fans in Saudi Arabia and the region.

“David Guetta is just as popular in Saudi Arabia as he is anywhere else in the world, as he’s such a global sensation! His events in Riyadh will be much anticipated by electronic dance music enthusiasts and all music lovers.”

Just before the pandemic, MDLBEAST held its inaugural festival in 2019, the first such festival to be held in the country and marking a shift for the nation that seems to be loosening its strict Islamic rules to make room for more tourism-related activities, such as music. More than 400,000 people attended the festival, which drew names like Tiësto, Steve Aoki, Martin Garrix and Afrojack.

The second edition of SOUNDSTORM is set to take place from December 16 to 19, 2021. The four-day festival will 150 of the biggest names in the dance music world, this time expanding beyond EDM to include artists like Jeff Mills, Charlotte De Witte, Nina Kraviz, Adam Beyer, Amelie Lens, Tale of Us and more, who will play alongside acts like Deadmau5, Armin Van Buuren, DJ Snake, Major Lazer Soundsystem and Alesso.

The festival will be preceded by XP, a three-day music conference that looks to build music infrastructure from the ground up in the country.

It all seems remarkable considering music was banned in public places until 2017, and women were only allowed to drive a year later. That said, a nationwide ban on alcohol is still in place — it will certainly be interesting to see how a festival of this magnitude will feel without any enhancements. After all, isn’t it only about the music?

Tickets to SOUNDSTORM 2021 are available here.