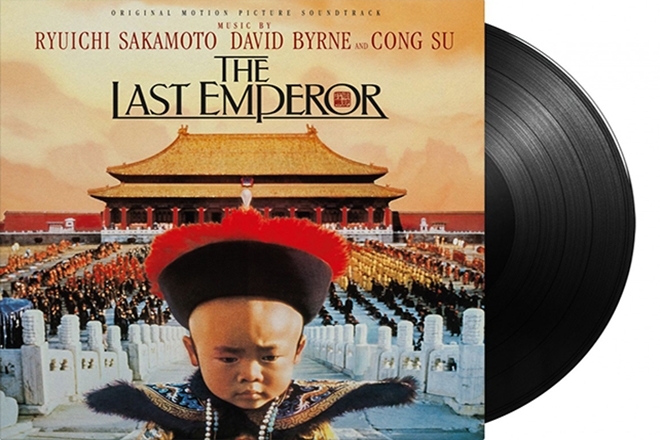 Music from Vinyl has just gotten the word out that they are reissuing the soundtrack of the Oscar-winning film, The Last Emperor, on vinyl on March 5.

As the first western movie that was allowed to film the grandiose splendor of The Forbidden City, The Last Emperor cleaned up at international awards shows and won nine Academy Awards, including Best Picture, Best Director for Bernardo Bertolucci, and Best Music, Original Score.

The Last Emperor follows the extraordinary life of Pu Yi, the final emperor of China, who ascended to his position at the age of two and was later banished into imprisonment and political rehabilitation. The score was written by legendary Japanese composer Ryuichi Sakamoto, British-American multi-talented musician David Byrne, and Chinese classical music expert Cong Su. The diverse trio merged western orchestral music with Chinese instrumental textures and was later awarded handsomely for it.

Unlike nowadays where Asian music cultures are highly accessible to anyone with an Internet connection, introducing a traditional yet complex Imperial Chinese sound to the West while remaining rich and melodic was arduous for the producers of the soundtrack. Consisting of 18 songs, the album connected with westerners while still maintaining the emotional weight of thousands of years of history being unveiled.

The Last Emperor will be released on March 5 via Music on Vinyl. You can pre-order here now.