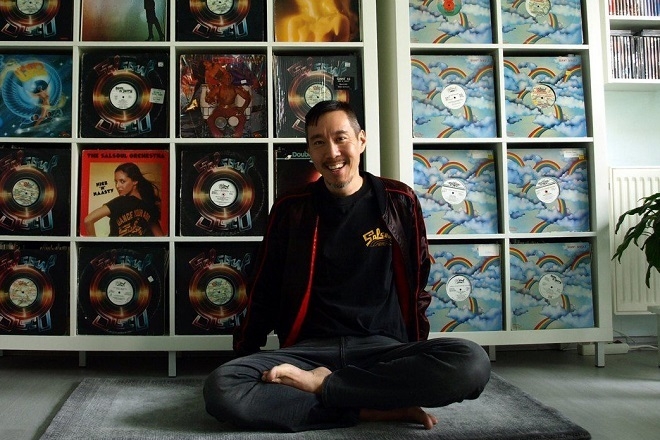 Wang has been a revered member of the underground dance community for decades, having released a steady stream of roundly admired cuts since as far back as the '90s. His routinely marvellous sounds have arrived via some of modern dance music's most cultured imprints, including Environ, Eskimo, Rush Hour, Sonar Kollektiv and his own Balihu label, with each release garnering fans among the most distinguished of cosmically-inclined selectors. Though he tends not to release too many records these days – his latest new material arrived in the form of 2019's Hugh Masekela cover, 'Don't Go Lose This' – his rare studio offerings are met with at least the same collector's fervour as they ever were.

The 'DSDN' EP launches with an epic vocal version, where thick synth bass, vibraphone melodies and infectious guitar licks caress spoken word vocals over a ten-plus-minute audio space cruise. The '303 Instrumental' strips things back, replacing the vocal with a simmering acid line, while the '303 City Dub' features delay-laden vocal chops in a hypnotic 'version' style. Finally, the 'Instrumental' allows the full orchestration and chord progressions of the original mix freedom to soar, with honeyed melodies and celestial harmonies blissfully combined. Subtly suited to varying shades of dancefloor mood, each mix brings nuanced textures to the over-riding theme, offering selectors an abundance of alternatives when setting the disco scene.

Complimenting his productions, Wang has performed expansive DJ sets at some of the world's most renowned venues. In recent years, he's become known for sharing his vast and lovingly accumulated dance music wisdom, delivering YouTube tutorials on the fundamentals of production and composition, as well as seminars for the likes of Red Bull Music Academy. During the pandemic, while performance was out of the equation, he spent time working at a local Covid-19 vaccination centre, putting his time to good use while the dance community was in collective stasis.

Daniel Wang 'DSDN' is out now on Paloma Recordings. You can buy it here