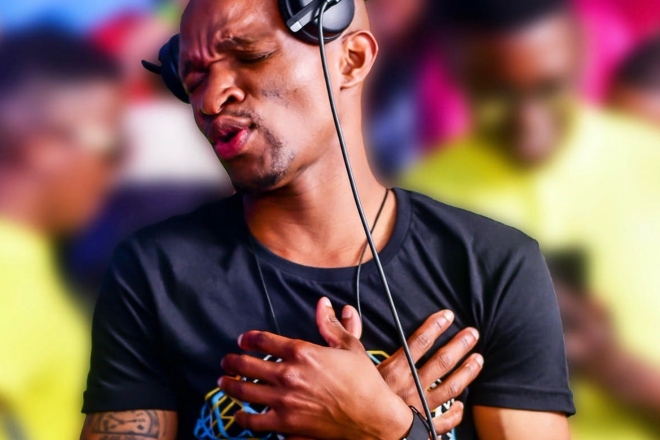 Souta. — the Bali based afro-house imprint that has set up its mainstay with a prolific studio by Nyanyi Beach, announces a comeback with a stellar Enoo Napa remix of ‘XX XX’ from Chukku, the label’s head honcho.

‘XX XX’ made it to Mixmag Asia’s ‘21 in 21 best underground tracks’, and the Napa’s remix was already slated for a later release.

The original version ‘XX XX’ was contrived during the pandemic and released last summer, coupled with a remix from label artist Devlar; through a serendipitous encounter, Chukku and Napa connected online — Napa was quick to respond to ‘XX XX’ with the idea of remixing it.

South African DJ and producer Napa, who sits at the forefront of the global afro-house movement, delivered a tough and raw version of Chukku’s emotive and charming original.

Speaking to Mixmag Asia, Chukku says “We were thrilled to get Enoo’s response about remixing the ‘XX XX’ last year! It just so happened that at that time we decided to also take a hiatus on releases because we wanted to finish building our Bali studio, Aya Studios. So we planned a label relaunch with Enoo Napa’s remix — it says everything we want about what’s to come next from the label and our new studio!”

Napa, who hails from Umlazi, Durban in KwaZulu Natal South Africa, has proven to be an undeniable talent as both a DJ and producer. Since starting to produce in 2013, Napa has gained global acclaim for his contribution to afro-house and the South African music scene, and with strong support Grammy Award winner Black Coffee.

"There was a great chemistry between Enoo and I", adds Chukku, "we ended up meeting recently when he came to play at Savaya in Bali. Our friendship has really motivated the plans we have for the label, and the music we aim to put out."

The raw and soulful stomper of a remix marks a fresh outlook for Souta., and from what they’ve hinted to Mixmag Asia, we’re expecting big things from the label and studio in 2023.

Chukku 'XX XX' (Enoo Napa Remix) is out now on Souta.. Listen below and order your copy here.