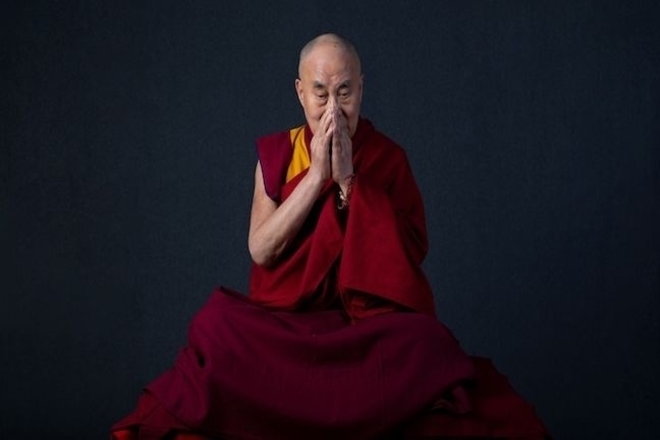 The Dalai Lama is releasing his first album. Yes, you heard it right.

On July 6, The Dalai Lama will celebrate his 85th birthday and release an album titled 'Inner World'. Listeners can expect to hear sacred mantras and teachings accompanied with 30 types of instrumental recordings compiled into an 11-track EP. The record was a five-year production process lead by his student Junelle Kunin and her composer husband Abraham Kunin, along with musicians from around the world.

The album itself is being released by Khandro Music and Hitco Entertainment.

When asked on the inspiration behind his album, the spiritual leader expressed, “Music has the potential to transcend our differences. It can return us to our true nature of good-heartedness".

Net proceeds from the album will be donated to Social, Emotional and Ethical Learning (SEE Learning), an educational initiative chosen by The Gaden Phodrang Foundation of the Dalai Lama.

The first track titled ‘Compassion’ was released on SoundCloud this Tuesday and resonates the mantra of the Buddha of Compassion. Listen to it below.

Since 1959, the Dalai Lama has lived in exile in the Himalayan town of Dharamshala following China’s invasion of Tibet in 1950. Throughout the past six decades, 80,000 Tibetan Buddhists have sought refugee status to remain by his side.

His holiness has since been denounced as a public enemy for refusing to submit to Beijing’s rule. It’s no secret that any celebrity or artist who publicly supports the Dalai Lama are also banned from entering China.

The Dalai Lama has inspired world leaders and millions globally in the past 75 years as a leading voice of harmony, peace and humanity through his spiritual teachings. He was awarded a Nobel peace prize in 1989 and also previously featured as a guest speaker on climate change at Glastonbury music festival.

1. One Of My Favorite Prayers