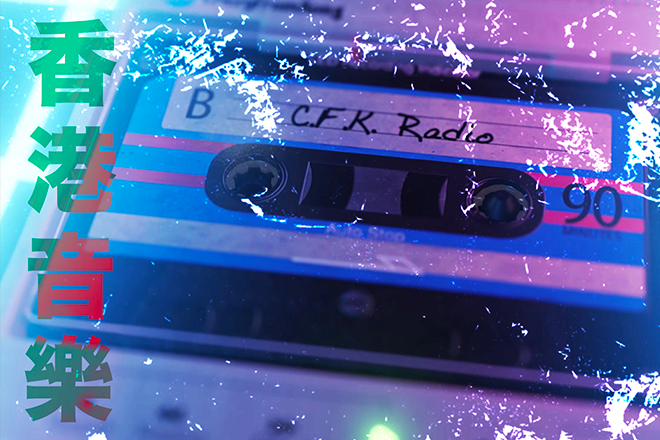 Augmented voices and customised music videos are just a couple of things that local content creators and aggregators Crazy From Kong have included in their recently launched CFK Radio series.

What originally started as a video series with a mission to unearth underground producers and artists in Hong Kong who could be deserving of more limelight, quickly became an international affair after receiving a fleet of track submissions stemming from a variety of genres that CFK were interested in; acid house, jungle, techno, I.D.M, trip hop and ambient.

Arne Venema aka Hype Robot, one of the platforms hosts and producers, describes the surprising outcome, “Interestingly enough, the tracks that were submitted, not only came from Hong Kong but also Japan, Taiwan, Switzerland, the UK, the Netherlands and America. While we are very much in favour of promoting the local scene, playing tracks from abroad is also a plus, so we've decided to make it more or less a 50/50 thing. 50% Hong Kong artists, 50% everywhere else.”

Both Arne and co-producer Mathew Blaize have taken evident visual references from late night 90s era MTV, when music videos were still actually being played, to the Future Sound of London broadcasts to David Lynch films like Lost Highway and Asian cinema honchos including Wong Kar Wai and Takashi Miike.

The first episode, Transmission 01, gives us an immediate feel of cacotopia — like any truly underground aesthetic, a corrupted and defragmented feel overshadows everything, no different to IRL. The show’s producers have immersed themselves as closely as possible with the producers behind the tracks submitted from around the world.

We’re already looking forward to getting lost in Transmission 02.

Here’s the track list of the music videos presented in CFK Radio, Transmission 01, which you can also watch further below.