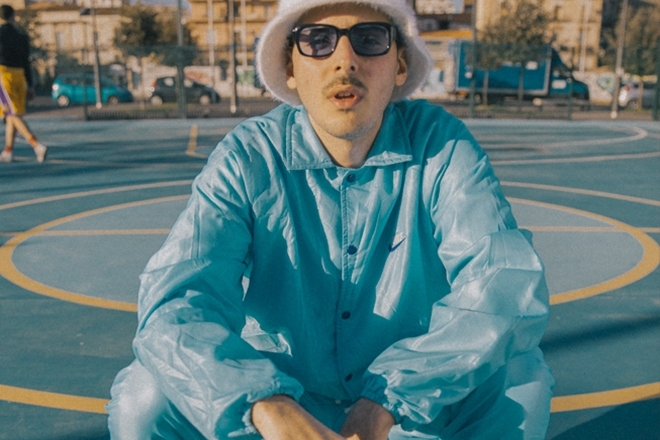 Never will a dull moment exist from the studio of Singaporean label Darker Than Wax.

For their latest output, they turned to UK-based Sicilian producer Clafrica — a dub-fiend since his younger years who took to a strong interest in the mixed-cultural diaspora he was exposed to at home, namely thanks to the close proximity of his home-island to the African continent.

By the age of 12, he’d already honed his craft as a DJ and studio engineer, which meant he adamantly took to his early influences in music, namely to the Space Jam Original Soundtrack, 90’s basketball video games and the first time he got to see a DJ was court-side for the And1 Mixtape European Tour.

After making plenty of noise with a string of releases on labels like Axe On Wax, Vakum, Deep&Roll and Perpetua, it was a no-brainer, and just musically a great fit, for Darker Than Wax to turn to the mad-genius of a producer for a five-track heavy duty short-player. Dean Chew who handles A&R for the label laid it out for us, “I first chanced upon Clafrica's music during one of my late night A&R adventures, and was taken by his raw yet groove-based approach to music-making. Whether it's a boogie-laced number to the hardest b-boy inspired electro, he's always managed to nail the vibe, and that really sits in well with Darker Than Wax. Also, being a rather understated imprint, I often relish on the idea of showcasing under the radar producers like Clafrica who has an unique sound and point of view.”

‘Never Not Balling’ is dance-centric, finely tuned and certainly grabs hold of ears that know an 808 from a 909, even if it sounds as faint as a pin-drop.

We managed to get a hold of Clafrica thanks to the friendly label and in addition to his excitement over partnering up with an Asia-based label, he also had some vigilant words to share. “I’m extremely proud of my debut on Darker than Wax, and to be working with such a team of professionals who believe deeply in the significance of building a community of music lovers and pushing their vision forward. Also in a time where there’s a widespread racially charged hatred against Asians, it’s crucial that we take a stand in solidarity; the power of music allows us to do just that, creating bonds and bringing people together from different backgrounds and cultures.”

The EP has already seen the first two singles go out over the last few weeks, and given the anticipation behind the release, the slow drip method was definitely the right way to go to keep us impatiently holding on for more (as if we’re not used to having our patience tested by now!)

You can expect the full EP on April 9. In the meantime, you can listen below but and pre-order here.