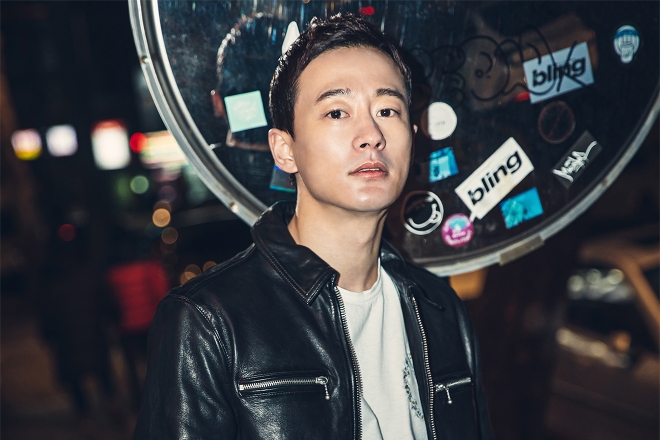 'Back To The Rave' is the latest outing for the South Korean recording artist known as Cityboy From Seoul and released on the newly minted yet mysterious 'Seodaemun New Wave' record label. Known previously as a frontman for the band 'Go Dandy Boys', Cityboy From Seoul has shifted his artistic focus to electronic music and is known for his productions which fuse inspiration of indie dance, nu-disco and techno. The release of this EP was planned as a statement for club culture in a society where there is growing discontent towards it as a result of COVID-19. The closing down of rave culture and increased instances of discrimination against groups from this culture are all focus points of Cityboy From Seoul's inspiration. In the times of despair facing the world, Cityboy From Seoul wants to utilize his platform across our soundscapes and transport us 'Back To The Rave'.

'Gossip Maker' is our personal choice for standout selection here. A short intro combining sharp drums and glitching electronic frequencies opens the door to a perfectly distorted bassline and away we go. A trippy synth melody joins the ensemble hypnotically panning from right to left. Additional distorted sounds and frequencies are layered in bit by adding shape and texture to the chuggy number, which is then highlighted by rising keys before the breakdown. Speaking of which, the breakdown allows only moments for the dancefloor to breathe before thrusting them back into the psychedelic tune with the pedal to the metal. The track only releases its grip for the outro sequence which drops the bass line and quickly strips down layers allowing for heart rates to return to some form of normalcy.

This is the type of song that could grow hair on an infant's chest. A 'heads down, hands up' affair capped off by a dancefloor of tightly laced black Doc Martin boots stomping up and down. There is something inherently punk rock about this cut which likely lends itself to the artist's deep contemplation between his boundaries as a guitarist and DJ. As a result, 'Gossip Maker' becomes a peak time weapon diligently crafted to carve its spot on the dance floor.

You can tap into the track below:

The EP 'Back To The Rave' contains five other tracks including a second single in 'Acid 102' and remixes of 'Gossip Maker' by both DJ RTRP and Maki from Underground. 'Gossip Maker' was released with an accompanying music video which was shot in the eerily empty COVID-19 affected Itaewon, the heart of Seoul's normally thriving club and nightlife scene. Nana Youngrong Kim, a star in Seoul's vibrant LGBT scene and leading drag artist, delivers a powerful and memorable performance. Watch it below:

'Back To The Rave' was released on June 19 and available on Apple Music, Spotify & more. You can also catch Cityboy From Seoul on spotlight by Seoul Community Radio here.