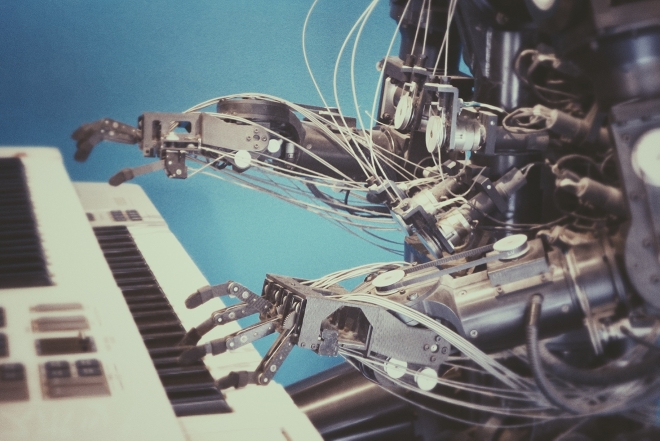 They're coming for our jobs, all of them. Even the creative ones. Could high-skilled jobs be next?

While AI continues to amaze us with the precise execution of creative tasks that we once confidently believed robots could never do, we are now acutely aware that this is no longer the case, with AI showing fierce capabilities in the field of art, design and even music, reminding us that our own creative jobs might be soon be displaced. We're well aware that AI can create music, meaning human-operated roles could soon be rendered obsolete––and now that includes singers.

China's Tencent Music Entertainment (TME) announced this week that one of the 1,000+ songs it has made using AI-generated vocals had surpassed one million streams. The tune is called 'Today' and, according to TME's Executive Chairman Cussion Pang, is the first song by an AI singer to be streamed over 100 million times across the internet.

The track was made using a "patented voice synthesis technology" called Lingyin Engine that can "quickly and vividly replicate singers' voices to produce original songs of any style and language". TME has even used this technology to resurrect the voices of deceased artists, releasing a new song by Anita Mui called 'May You Be Treated Kindly By This World', who passed away in 2003.

And here's another shocker: Streaming Calculator estimates this if the tune were streamed exclusively on Spotify, this would generate US$348,000 in revenue.

TME is not the first company to explore human-like AI vocals in their music. K-pop company HYBE recently doubled down on its plans to explore human simulation in music, acquiring Korea-based Artificial Intelligence company Supertone in a $32 million deal last October. After it was announced that BTS, HYBE's biggest act, would be enlisting in the army to complete their mandatory military service, HYBE's CEO Jiwon Park has said that Supertone will "serve as a key piece of the technology sphere we aim to create".

Could this mean that BTS will still "release" songs while in the army? Will we be able to tell the difference between a real BTS song and an AI-generated BTS tune? Will this seemingly cheaper way to make more music at large effect the music industry? Are we witnessing the death of artistry right before our eyes? Only time will tell, and it this rate, there isn't a lot of it...