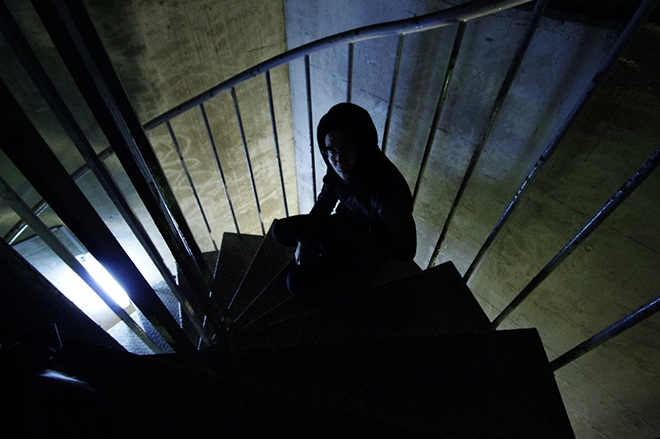 “Strange Reality is an extroverted record: crunchy, repetitive beats and heavy basslines conjure up the sweaty hedonism of the club, tempered with an off-kilter sense of humour,” said the Sendai-based musician about his latest EP.

We’re inclined to agree. The EP is laced with analogue synths which create an exuberant take on dirty acid and funky minimal that further meshes dub and techno influences. The latter is the signature sound of King Rambo Sound, who is influenced by reggae and dub (his name is a homage to reggae producers such as King Tubby) just as much as he is techno and no-wave.

“The world I see is very strange and sometimes grotesque,” he continues. “I am attracted to these elements. The daily record of these influences is in my music and living reality.”

King Tambo Sound is part of the Aoba Nu Noise DJ collective, which are regulars in Sendai. He’s previously released on labels like Unknown Precept and A2 Production, and counts the internet, video games, sauna meditation and post-apocalyptic fiction among his biggest influences.

Chinabot looks to capture a digital diaspora community of Asian artists through their platform and collect and promote exciting Asian music. “We want to show a slice of what we like, the cultures we come from and our own ideas. We’re an online community and a virtual home celebrating the music that falls between the gaps — a place for adventurous listening.”

The EP was mastered by John Hannon, artwork is by Saphy Vong and animation by Jaeho Hwang. Listen to it below.