The anniversary compilation, called 5, is due November 23 on the label and extends its mission to disrupt Asian stereotypes through music. The record features tunes from Papaphilia, a queer Sri Lankan-Australian sound and visual artist who cites growth and experimentation as the inspiration behind her contribution 'no path is forged over the abyss with out meeting at the altar'. Jaeho Hwang picks things up with a touch of hardcore rave, QwentyZ layers percussive broken beats over cinematic soundscapes and Nanzhen Yang turns field recordings from Beijing into a curious tune. The record also features Ondo footwork from JPN Kasai, whose track '早苗 唄 hayanae uta' is about the emergence of the new, which is represented by the growth of rice shoots and the "happiness of harvest".

The artwork from the compilation is done by Saphy Vong, a Cambodian artist who relocated to France before founding the label/collective. Under his guidance, the now London-based label has spent the last five years growing a community of artists who break stereotypes in favour of experimental odysseys through a fractured clubland. Through his work, Sahpy has long been dedicated to nurturing the dialogue surrounding the Asian diaspora in music. 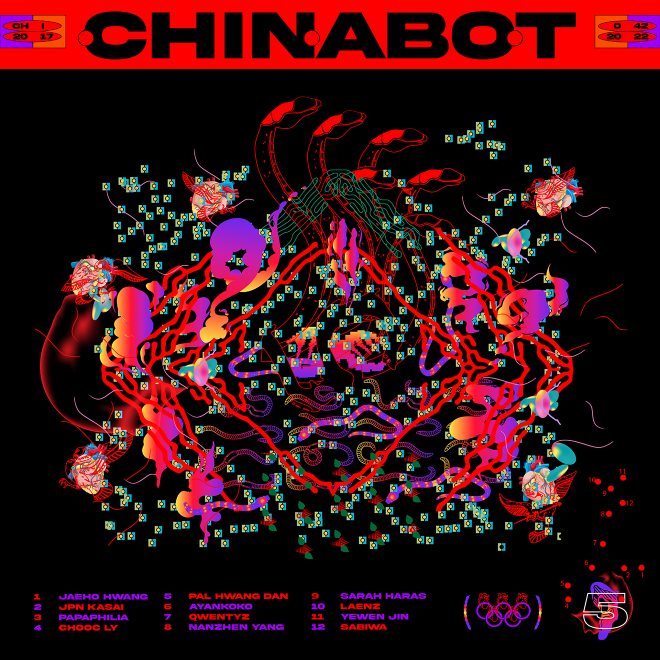 Using the allure of regional identity in music, 5 weaves this theme across every track on the compilation—but the output is still a wild range of styles that beckon the listener to play every song again and again.

Listen to 'Broach Killer' below:

5 comes out on November 23, 2022 on Chinabot. You'll be able to order it via their Bandcamp here.